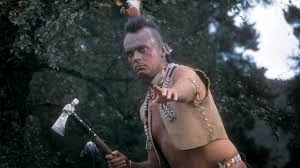 I ambled here on the off chance and fortuitously you have just poured forth. Nice to see you and your always elegant prose back on line. Is Wilma married?

I wouldn't let some pedestrian calculations, based on an apriori suspicious calendar (not based on the phases of the moon and thus faulty by definition) stand in the way of your next post, which by right should be your own recollection of that same date.

Remember - it is just not in not to have one.

It's good to be back, boys. Wilma is footloose and bushy of tail, Wardy. You know where to find her.

Snoop, you want me to go all Tristram Shandy?

As nice blog,but you could have made this blog more coolhttp://www.ukessaywritingservice.com/
if you could configure the language changer pluigin but all the same you have done a good job))

I feel very grateful that I read this. It is very helpful and very informative and I really learned a lot from it.
One Machine Learning
One data science
Bissi.Global