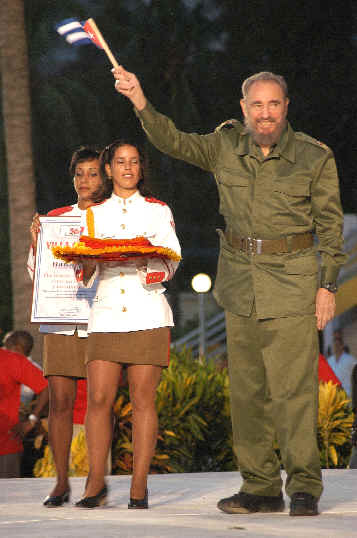 In response to an extensive demand from our Indian readership, No Good Boyo is happy to provide a translation of the interview he gave to Radio Cymru on the Burma protests the other day.

Presenter Calla Dawe: Well, No Good Boyo, as Radio Cymru's foreign correspondent, what do you think is going to happen next in Burma then?

No Good Boyo: Well Calla, Burma has been run for decades by authoritarian socialists in khaki fatigues. It's warm, poverty-stricken, and under a US embargo. So I imagine it's about to be flooded by English liberal tourists wanting to see the country "before the Americans ruin it all". Actually.
Posted by No Good Boyo at 8:09 am 2 comments:

In which I appreciate the virtues of heavy drinking

Sartre said that Hell is other people. I say that Hell is certain other people. One of these people is Zhloba Tschtjetz. Winning Radio Ruthenia's children's programme "Child, How Big Are Your Hands?" had propelled him from his father's mullet-trawler into the lower-middle ranks of the secret police via the People's (United) Youth League in the Name of Fast Trotzdem and, briefly, a mental hospital over all those fires. Lady Luck had belted him twice with her lead-lined garter-belt, as he was later assigned to monitor intellectuals, progressive or otherwise, through a win on the NAKRO lottery.

Years of accumulated opinions, theories and conjectures came spilling out between his tombstone teeth now that he had a captive and profoundly depressed audience. Topics that Tschtjetz had raised with me over the summer months included "Gypsy control", direct measures to correct bourgeois tendencies among schoolgirls, the relative flammability of hedgerow animals (based on his youthful experiences), and "so-called Hungarians".

Strategies of resistance amounted to taking Agent (II Class) Tschtjetz to U Branki, Zhakhiv's only bar with a strict "no food" policy, buying a bottle of "Four-Metre" Slyvovytz and letting him hold forth until it was whore-sorting time back at the central gaol - an event he never missed.

I refilled his tumbler and turned as a stranger asked Branka whether he could have anything to eat with his glass of horilka. She hawked in it, and rang up the result as 50 stotinkas extra on the till.

Tschjetz chinked my glass and winked. "Perdlak!" he grunted in his coastal dialect. I could only nod, again.

"Anyway, Zhatko, the colonel, he said to me, he said 'Zhloba, son' - we're like that in NAKRO, us - Zhloba, get a few drinks down that boulevard cowboy Zhatko and drag him in before lunch, and don't, DO NOT, let him know I told you, got it?' Anyway, I reckon you're drunk enough to have no idea how much trouble you're in, but sober enough not to spoil his carpet. So let's go."

We decanted ourselves into Tschetjetz's Victory-45 two-seater and bored a path through the oncoming market-day traffic on Prospekt Pinteru towards the rear gates of NAKRO HQ.

Colonel Nadroth pointed me to a chair, and eventually I worked out what he wanted. Once seated, I committed myself to denying everything.
Posted by No Good Boyo at 2:24 pm No comments: