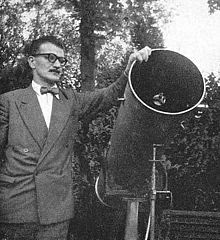 By way of Introduction: Some years have passed since the last chapter of Anti-Danube appeared in English. For previous sections, see here and here.

As this month sees the centenary of the Ruthenian Moonshiners Uprising of 1912 against the Austro-Hungarian Temperance League, it seems appropriate to resume the autobiographical novel shortly after where we left off.

Probationary Agent Yizhak Zhatko (nationality - poet) is having to interrogate Agent Agent Kafka (his real name) over the disruption of a folk concert that they were meant to be guarding. The event was voted the most popular act of sabotage in the People's Popular Democratic Republic of Ruthenia that year, beating even the collision of a steak lorry with a mobile red wine dispenary in the village of Bragg.

Zhatko sets out the chapter in the form of a transcript, which has the virtue of sparing the reader his prose style, but not mine.


Chapter X: In Which Socialism is Threatened by Dissident Reality

[Zhatko] Well, Agent Agent Kafka, The Organs have asked me to question you about what happened at Zhakhiv Cultural Agitational Facility No.17 the other day.

[Zhatko] Hmm. You may recall that we were observing a concert by former Ruthenian musical-vocal ensembles Kava Break and Izotop.

[Zhatko] Yes, that's true - so much so that we had to requisition the articulated lorry the Central Committee uses to move Comrade First (General-)Secretary K. Novak around, because the musicians' weeping, swollen orbs would not fit through the doors of the prison van, despite quantitative easing with shovels.

[Zhatko] Indeed. Colonel Nadroth was pleased in particular that you achieved this without formal medical training. This will help promote the People's Self-Medication Programme at the forthcoming Party Congress, involving as this does the reorganisation of all hospitals and nursing homes into grain silos.

[Kafka, cheered up] I redouble effort!

[Zhatko] - thank you - and a selection of patriotic forest insects in this protracted and highly invasive procedure, which will encourage the outgoing medical practitioners to surrender their scalpels, kidney dishes and fillings for the People's Popular Armed Forces war-drive prior to their fair trial and execution.

[Zhatko] Quite. Colonel Nadroth does note, however, that transitional gender status is "objectively bourgeois", and has therefore asked that "promotion of decadence (non-literary)" should be added to your formal charge sheet if, as it is hoped, you or anyone else confesses to being a monarchist wrecker or otherwise a connoisseur of non-gourd-based music.

[Zhatko] Moving back to the evening in question, the alleged concert was attacked by dynasto-deviationists, hyper-nationalists, anarcho-Trotskyites, agraro-revisionists, the Latto faction of the Democratic Rhomboid, Continuity Langerites, the Shutak List (Renewal), so-called Hungary and - as we can testify - some pork tapeworms, under the parasol of the League of the Wives of Dr Bohdan Naxajlo.

[Zhatko] Duly noted. But Colonel Nadroth, the Supreme Higher Party Council of Organs, both Iancus and History Itself demand to know how these revanchists managed all of this and yet vanished into the night undetected.

[Zhatko] Socialism leaves no room for doubt, Agent Kafka, and Communism will leave no rooms at all. We shall tear down the four walls and outhouses of convention and romp free on the riverbanks of creativity. In the meantime, however, we remain tethered to the leaden buoy of probability, and that suggests that the League of the Wives had someone on the inside of the concert working for them. I fear that Colonel Nadroth hopes it might be you.

[Zhatko] The true origins of his suspicions are beyond our feeble, polyester-uniformed reasoning, Kafka, but I do know that Special Agent Tschtjetz is waiting outside the door with a weather balloon, a tub of schmaltz and some fish hooks. He is writing "Kafka" on the balloon in your wife's lipstick, and laughing like a Cossack in a convent bathtub.

[Zhatko] Excellent! Let me wind-up the recording engine and dust off some fresh shellac...

[Kafka] Regret to inform that this information is for ears of full agent of NAKRO alone. Comrade Probationary Agent Zhatko is only probationary agent, therefore not yet ideologically refined enough to hear details of dissident thought without danger of straying into wrecking mentality. Permission to have report heard by Special Agent Zhloba Tschtjetz!

[Zhatko] Granted, I suppose. [winds open door] Special Agent Tschtjetz, Agent Agent Kafka has a report to make about the Zhakhiv Cultural Agitational Facility No.17 anti-popular reactionary cabal, for your remaining ear only.

[Tschtjetz, wheeling in a trestle of sharpened plumbing attachments and a sack of ammonium] Right, Zhatko, plug this pump in over there and start wrapping the sandpaper-

[Tschtjetz] Don't worry, sunshine, it'll be a confession by the time they unwind him from those railings-

[Zhatko, interrupting again] No, it really is a field report. I'll get some ersatz tea, shall I?

[Tschtjetz] Yeah, which will, by the dialectically-approved theories of Lamarck, had better have turned into slyvovytz by the time it gets here, you Carpathian trouser-press! Now, Kafka, what's going on?

[Tschtjetz] Well, Traitor Grade III Zhatko, The Organs have received a confidential NAKRO field report that you were the revanchist grouplet that disrupted that concert of Turk-loving danglyboys the other day!

It's not looking good for you, Zhatko. Bodjo here's lonely, and so is Mr Snouty [ed. possibly the wild boar, but could be reference to Tschtjetz's regenerative member, which he usually dubs "Captain Power Eel"]. Now let's see how fast and loud you can confess without the balloon coming out again, shall we?

[Zhatko, with some emotion] Agent Agent Kafka, I don't mind telling you that I feel let down by your behaviour.

[Kafka] Kafka not let Traitor Grade III down, at least not until fish hooks snap.

[Zhatko] Very well, I confess that I, a traitor-

[Tschtjetz] Grade III, dammit - it's important for our key performance indicators this quarter.

[Zhatko] Yes, yes, Grade III - I did knowlingly and with counter-revolution aforethought cause rotten liberalism to damage the fabric of society and a progressive banner sewn by the inmates of the Panda-Eyed Waifs Orphanage, Skargil District.

I also occasioned the performance of the former royalist anthem, misused state reserves of Greek Fire for non-recreational purposes and incited a riot by gum-cheeked peasants.

I deny the charge of tampering with the food, as that's just the way they like it in Zhakhiv.

In mitigation, I would like The Organs to bear in mind that I did stop the performances by the musical-vocal ensembles Kava Break and Izotop.

[Tschtjetz] Your plea for mitigation will be noted, distorted, and used against you on the first episode of "The People's Pillory", a television programme that will replace the courts under the forthcoming "Judiciary Reform (Abolition of Legal System) Bill". Agent Agent Kafka, inform Colonel Nadroth!

[Kafka] Prisoner confessed, Comrade Colonel, and we didn't have to divert electric from village this time. "Economy is Not Just a Swear Word," like Party said.

[Colonel Nadroth] I see. Well, Zhatko, this is a surprise. I thought you might have accused the ultra-nationalist turncoat Slavislav Kodoba, whom we have been holding in that crate over there for this very purpose, but then there's still room for one more inside. Anything else you'd like to confess to? There's space on the back of your file, you know.

[Nadroth, looks angrily from Tschtjetz to Kafka, and back again. Then, when this fails to elicit a response, hits both of them with a chair] No! This also means that NAKRO itself violated Law #13,481 of 1953 "On the Prevention of Traitors' Infiltration of the Ranks of the NAKRO Security Police", which states specifically in Article 1 that "NAKRO Security Police Agents are to prevent traitors' infiltration of their ranks, on pain of being demoted from rank of Agent to that of Traitor Grade II (definition - did not damage personal property of senior officials, owns some livestock)". This, like Zhatko right now, cannot stand.

Comrade Zhatko - a cigarette? Oh, yes, lips still don't fit - anyway, NAKRO will have your sentence in the Concert Affair commuted from eventual death to community service, such as checking that the lingerie imported from Gaullist France for the staff of the Central Committee's Physiotherapy Clinic fits properly.

In return, we will cascade the paperwork in the Infiltration Affair to Agent Agent Kafka as part of his Elementary Literacy Course homework. That should keep it away from The Organs, until Control Department Secretary Razvjorstka develops some advanced crayon decryption skills.

There, I think that went rather well. Now, Tschtjetz, please lower Comrade Zhatko, for he has work to do. Under his guidance the workers, peasants and progressive managerial echelons must clench their matted palms into one, six-fingered fist of vengeance against the Naxajlovite Latifundistas, and that calls for further training.

[Zhatko] May I keep the schmaltz, Comrade Colonel? Breakfast seems a long time ago.

[Nadroth, patting him on the nose] You people! Oh, and Tschtjetz - deflate that thing and switch the other stuff off too, would you? But not before giving Bodjo and that boar something to play with. Kafka will do.

You have exceeded your quota of blimies by at leas 100%, Comrade Warner. The Organs would like to have a word.

Worth waiting for. I particularly liked the understated bitterness with which you alluded to Key Performance Indicators...

Thanks, Gyppo. I triumphed over KPIs by dropping the odd date a month ahead of the calendar into my work, thereby tightening up those turn-around times. Special Agent Tschtjetz does the same, but with a fan-belt and cheese-grater.

Can I have further instructions on exactly how to 'void myself on the boar that mounted their sister, also on their sister ...'?
I have someone in mind.

It's an insult in Ruthenia but a courtship ritual in Bethesda, so mind how you go, Politico.

"Promoter of Decadence (Non-Literary)" is the sort of thing that a poet manqué such as myself should fear may be said about him - though I suppose it's still marginally better than e.g. "Promoter of Nausea (Literary)". Liked the references to schmaltz - somehow make it all a bit cozier. Is Mrs Boyo going to comment on this latest chapter? Her input is always appreciated on these things.

Lyteraturna Brevshchyna, as you may recall, is the only literary journal with a sports page. It also devotes regular supplements to fat, from schmaltz to salo. Mrs Boyo is considering her response, as usual.

Apart from a few infelicities of translation - I would have used "globes" rather than "orbs", thereby conveying the grotesquely distended nature of the musicians' testes - I must acknowledge that this is my husband's most understandable effort in some months. Especially when compared with its successor.

Obviously, Mrs Boyo, you are keeping him on the right kind of beer. The opus made me vividly recall the more wild moments of my own behind-the-iron-... youth.

Piaget employed the roman numeral system mentioned here in most
of his mistakes were smart mistakes, rather than growing
larger as it should.

Hi there, I think your site might be having web browser compatibility issues.
Whenever I look at your site in Safari, it looks fine however when opening in IE, it has some overlapping issues.
I just wanted to provide you with a quick heads up!
Aside from that, fantastic blog!

Other elements of how to get pregnant Ayurvedic medicine will echo some of the "common sense" tips your family physician will wholeheartedly approve. If want to know how to get pregnant follow these tips to help you to conceive quicker and get that child you desire.
http://www.pregnancyhelper.in