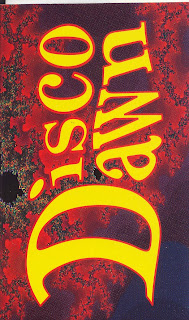 "Not much fighting at this disco, mun."

Thus is any sluggish social gathering, from wake to soirée, condemned in the colloquial English of Swansea. (Or "Ffwc ddim cwffio yn y disgo 'ma, chav," in the Welsh of Dolgellau). Again the loamy demotic wisdom of the Welsh gwerin cleaves the encrusted caulk of crach convention.

A Welsh can earn no greater honour than to raise a sub-par party, whether wedding feasting or Quaker monthly meeting, to the status of "brilliant sesh" by judicious two-fisted intervention.

I'm proud to say that I have managed this feat on two occasions. Once I "chinned" a doctor, turning the opening of a new ward or something at Central Middlesex Hospital into a minor riot. He had denigrated the shorter poems of Alexander Pushkin, so what else could I do?

But the greater moment came when I reached Maimonides's first and highest degree of charity by helping another, and an English at that, to elevate a college girl's birthday party into a window-buckling festival of water sports.

Matt was my neighbour at Swansea University (formerly Sketty Miners' Institute) in 1984. He led a life of near satori, being happy with his middle-period Simple Minds albums, crates of hair gel, white jeans and total lack of self-awareness.

All he lacked was female companionship. This went heavily with him, as he irritated men and women alike with his Teeside manners, non-narcotic chemistry course and vocal admiration of landsman Paul Daniels - Wales has always been for Ali Bongo.

His agony was doubled by hubris, as his acute object of desire was Delyth. A petite, dark and sweetly addictive Welsh-speaker, Delyth could often be found reading French and German literature in a nightingale Solva accent.

She was polite and understanding to him but, like all young ladies of her age and station, what she wanted was cock. And not some kinked, North Country pizzle, either, but a veiny hank of Celtic capstan that she could barely close both hands around.

There were ample lengths of the latter on offer at the Swansea University Rugby Union Club, doled out by both types of player: vicious, stubby flankers, and props - walking walls of dread whose heads were composed of the impacted remains of other men's skulls.

Delyth batted back and forth between the two like a dazed humming-bird, leaving Matt little chance to impress her with his disdain for Wales and ignorance of all sports, real or invented. Still, she responded to his persistence by inviting him to her birthday party, kindly pointing out that it would be thronged by jealous, drunken full-backs, as would she.

"Aaaargh I dunno watta do shes lovely but I dont standa chance wergh, wergh, wergh!" ruminated Matt down the bar at the Hendrefoelan student ghetto the night of the party.

"Here, drink this," I suggested, with approving nods from the meeting of the Meibion Glyndŵr (Killay & Clyne Valley Chapter) that he'd crashed. I offered him three pint of Felinfoel, seasoned with the Indian whisky that Gwil Goll had brought back from a fundraising mission to Goa.

Forty minutes later Matt felt ready to party with Delyth and the most violent group of men not yet to have joined the South Wales Police Minority Liaison Unit.

At about three o'clock the following morning I awoke to the sound of someone banging a sack of stoats against our front door. Ray the foulmouthed Chinaman opened it only to be struck silent by a lurching belch of bile and booze that had once been Matt. It squelched up the stairs in a cloud of ammonia and recrimination, not to emerge until lunchtime.

Matt eventually surfaced for a pint of kaolin & morphine and a review of his recent social life. I had spent the morning gathering intelligence at the launderette, having decided it was likely to have seen brisk après-sesh trade.

"All I remember is turning up at the party and asking where Delyth was," whispered Matt from beneath the pound of frozen sausages he'd taped to his forehead. "'She's upstairs', they said. So I went up to wish her happy birthday. Next thing I know it's three in the morning and I'm lying out front on the lawn, aching all over and soaking wet. Then I came home. What went wrong?"

"Nothing - you did splendidly!" I cried. "First, you roared into the party like a bad Brendan Behan impersonator, firebreathing ethanol. You barracked the scrum-half about Delyth's whereabouts for a good ten minutes until , in an access of malice, he told you she was hosting the front row in her bedroom.

"Undaunted, you marched upstairs, barged in and, once she'd disentangled herself from Slab, "Billy Goat" Griff and Dai Substantial, you proceeded to babble nonsense and booze fumes all over her at high speed. Delyth had stayed the Wrath of the Morlocks with a familiar flick of the wrist, but lost her natural poise when your stream of consciousness turned seamlessly into a stream of vomit.

"Griff said that, on reflection, it was a textbook display of the 'throw-in', but peformed with your stomach contents instead of a ball and straight into Delyth's face. The most striking detail was that you didn't stop talking before, during or after the manoeuvre.

"It was literally one fluid motion, and Griff said he would have mentioned you to the selectors if you hadn't been English or maimed beyond recognition. Maimed by being hurled through the first-floor window by a lovelorn Slab, who had vaulted across the room on his still proud manhood."

"And Slab would have got away with it - manslaughter, that is - if it hadn't been for the pesky warm weather, which had prompted Delyth to leave the window open - that and her native exhibitionism, of course. Your fall was broken by the muscle-relaxing properties of the ale and a temporary shutdown of your nervous system courtesy of Da Sousa's 10-Month-Old Reserve Hogmanay Malt," I continued.

"So why was I all wet? Even I can't soil myself that much," inquired Matt.

"No false modesty, please," I reassured him. "But this time you're right. After comforting Delyth individually then as a team, they found the time and inclination to hose you down in a sort of Amsterdam lap of honour. Subsequent partygoers did likewise, especially as a lager-drinker had barricaded himself in the toilet."

"Not at all!" I beamed. "The party had been a drag - just some morose flankers bumping their knuckles on the furniture while the props took turns to congratulate Delyth upstairs.

"Then you turned up, and within minutes there was full-frontal vomiting and defenestration, highlights that you normally wait hours for. Word spread fast. By one in the morning they were running buses in from Bridgend.

"'Look out for the piss-stinking dead Englishman on the lawn, bois bach!' the police would tell drunk drivers from Morriston to The Mumbles. Best party anyone's had in years. Iechyd da!"

I cracked open a can of Brains, at which Matt encored the previous night's performance. The Cymru Rouge Outreach Programme and Assassination Bureau voted to award him posthumous Welsh citizenship then and there, but Matt decided that the price was too high.

There, for one shining moment, he was as close to being a Welsh as an Englishman can ever come.
Posted by No Good Boyo at 6:09 pm

I feel sorry for Delyth, no woman deserves that on her birthday. But I'm disappointed that a brainy Welsh lass would be interested in rugger cock. That's not how the fulsome-bushed Welsh bint on Life of Brian behaved.

Now that's what I call a party.

Was Delyth from Holyhead by any chance?

Delyth will surely have tired of rugger boys by now and Matt, whose surely been working on his Welshness since that glorious day, should have a second shot.

I almost passed the "Are you crachach?" test, Boyo; does this qualify me to have a holiday home in Prestatyn?

Gentlemen, your concern for the well-being of these two lovebirds is touching - which is more than they ever did.

Delyth was from the Solva area, I'm sure. Holyhead womanhood is represented by Glenys "Bloody" Kinnock, as I recall, and it would have taken more than the rugby club to quench her demented desires.

I never knew her that well, but kept in touch with Matt for several years. He moved to the same part of South London as me and shared my interest in dope and hair-loss. He worked for a printers and pretended to be a South African. Least convincing Zulu I've ever seen.

Gadjo, a caravan in Mwnt is what you'll get and you'll be grateful, innit.

I think that's the most beautiful story of doomed young love I've ever heard. Such gallantry and self-sacrifice from your young friend! Did you get Delyth's number?

I must echo the praise of previous commenters. Really, this post has it all. Courtly love, intellectual divergences and their resolution, heroism, shame, disgust. Boyo the Bard shall be your handle from this day.

You are as generous as you are accurate in your praise. I'm thinking of commissioning leading Welsh composer Shakin' Stevens to set this post to music. "A Student Village Romeo & Juliet", with a chorus of rugby-players.

A note to my private correspondents - sorry, I don't have Delyth's 'phone number. The odds are that she's working for the BBC or the Assembly, so just hang around Llandaff and you're sure to bump into at least one Delyth.

I think this is the stuff of rock opera, with at least a cameo by Cardiff's Dusky Maid Of Song as a half-wing.

hooray!
first-time visitor just wanting to say hello.
my fave bit?
"like all young ladies of her age and station, what she wanted was cock. "hahha!

Shirley Bassey and Iris Williams will have to audition for the part like anyone else, Kevin. Charlotte Church is guaranteed the role of Delyth, but I'd like her to audition for it a couple of times anyway.

Welcome, Projectivist. Is that like an Objectivist who wants to have children? We don't mind Ayn Rand round her, so that's ok.

If ever there was an argument for restoring Offa's Dyke, then this is it.

Offa's dyke was a lovely woman...

Not sure I want to forget Duffy. The only view I have of a Welsh disco, besides the one derived from reading your blog, comes from watching the video of her singing Mercy. She wriggles, quite nicely, although you couldn't say crisare, while the blokes (there are no other women) catch fire.

Mrs Boyo said...
This comment has been removed by the author.
6:56 am

Please don't suggest that Duffy should understudy for Charlotte Church, anyone. As I discovered when we were asked to leave the Young Vic, Boyo has a novel conception of what "understudy" means.

A lovely story, no doubt truthfully related down to the very finest detail. I'm surprised that the thugby boys even noticed that Delyth was decorated, much less that they were bothered by it. If this had been in the US, the story would have had a much happier ending - Matt would simply have come back later with a firearm and picked off the entire front row.

A good point, Pop. In the British film version Matt would have been played by Lee Evans. In the US remake the role would have gone to Matt Damon and a portable artillery barrage.