One Day in the Life of Isaac Danilovich 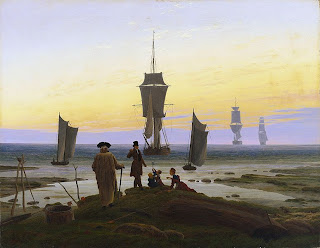 Nothing rounds off an afternoon stroll along Odessa's coastal path than early supper at Dacha.
This restaurant is set in a country house generously bequeathed to whoever was passing at the time by its owner, the cautious Mr Peretz, who decided not to give Soviet power the benefit of the doubt and fled to France in a flurry of fur coats and floozies in 1919.
Dacha offers a zesty selection of soups, savouries, sweets and, of course, sinus-snapping spirits. I can recommend the okroshka, salo, kambala, Chernihiv unfiltered beer and horse-radish horilka.
The last of these prompts a fecund stirring of the loins and a variety of unusual admissions at Accident & Emergency unless congress is achieved within two hours of consumption - not usually a problem in Slack-Drawered Odessa.
Madame Boyo and I were relaxing at a garden table, after an arduous afternoon on the Otrada beach, when a neo-Chekhovian tableau commenced nearby.
An Odessite businessman in his mid-50s - let us call him Isaac Danilovich - trailed into the garden behind his overstuffed wife and 20-something daughter. Isaac is typical of a certain type of entrepreneur in the eastern Slavosphere:
So an afternoon en famille at Dacha would have been a pleasant break from wheeling deals, but Isaac looked troubled. Jowls and the corners of various features all drooped towards his tasselled loafers. Then I saw why.

Thanks hann. In Wales we simply set fire to neighbouring houses and get to cook our breakfast at the same time.

Blimey - a vast and of course facetious comment linking shanty singers (damn their eyes), T.S. Eliot, Cecil Sharp and other idiocies did not come through. I blame the red wine dulling my synapses...

You willed it, Rod, and thus it shall be. I've become quite mystical since adding Jaegermeister to my midnight rota.

Frighteningly believable. The Soviets were scared of the corrupting influences of George Orwell, Boris Pastanak, etc but who'd have guessed that their manhood would finally have been brought to its knees by Laurence Llewelyn-Bowen.

Like the Martians in War of the Worlds, they prepared for mighty combat but were felled by parasites.