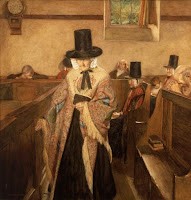 Fifty years ago the All-Union League of Mad Scientists stuffed a peasant inside a giant ball-bearing and fired it at the Moon.
The sphere, equipped with a camera, tape recorder and vodka chiller, fell to Earth in a Urals corn field, thereby halving the Soviet Union's grain harvest for 1961.
Hunger was a price worth paying, however, as it showed the Americans that it was possible to steal German rocket technology without giving war criminals citizenship and vast amounts of loot.
The Glorious Soviet Union considered self-deprecation, self-doubt, The Self and indeed self- anything to be bourgeois deformations of the well-engineered soul, so mocking official bombast became an underground phenomenon.
You'd marvel at a Moscow metro station, only for some hornrimmed drip in Estonian denim to remark that "of course it was built by German prisoners-of-war" - a good decade before Stalin had finally made up his mind on the correct use of Krauts.
Even Yuri Gagarin fell foul of this corrosive carping. The potato-headed human projectile may have had his faults, but on balance he seemed a decent fellow who died young in pursuit of Socialist science and national defence.
Or rather in pursuit of Socialist skirt and unintentional defenestration, if you believe the Soviet rumour-processing plant, which held that he had plunged to his death from the window of a nurses' dormitory in Minsk while attempting the ambitious triple-daisy entry manoeuvre.
Disgraceful, but not as bad as the hilarity occasioned in unpatriotic, colour-coordinating quarters by the inclusion of Gagarin's overcoat in the permanent display at Moscow's Krasnaya Presnya Museum.
Rumour had it that he was also a flasher, adding up to a remarkable tally of parallel peccadilloes for one so young and high-profile.
Other attempts at character assassination showed the survival of snobbery under Socialism, as rotten liberals with fancy clocks in their Peredelkino summer houses claimed that Cosmonaut German Titov was passed over for the orbital honour because he was too classy and refined.
A simpler explanation, surely, is that the Politburo vetoed the poor lad because his first name was "German" and his surname sounded too much like that of the despised Yugoslav president and notorious Titoist, Josip Tito.
It would have been like the Americans ditching Neil Armstrong in favour of someone called Fidel Tojo, or Ho Chi Trudeau, entertaining though that would have been for the rest of us.
The Gagarin-as-flasher story extended to the alleged nixing of one planned statue to the little fellow in Omsk, the base of which was deemed to look too much like a dirty mac.
Now, the otherwise welcome abolition of religion had some unfortunate side effects on Soviet society. One was the sublimination of the urge to see Blessed Virgins in copses, Names of Allah in aubergines and Golems in Aunty Roza's kippering cupboard.
This manifested itself in fevered visions of The Other in the artistic rendering of garments.
(NB: "Fevered Visions of The Other in the Artistic Rendering of Garments" is the working title of my PhD thesis. So no filching, please. Moreover, "Fevered Visions of The Other in the Artful Rending of Garments" is an erotic novel I'm working on in case the PhD doesn't win me the Chair in Semiotics at Uppsala University that I crave. So no felching, please.)
One such vision plagued Vera Mukhina's monumental dual statue of Worker and Collective Farm Dollybird, which represented for Russia at the 1937 Paris Expo and has since served as a windbreak for tramps near the mystifying Soviet Economic Achievements theme park in Moscow.
It can be seen in all its twirling glory in the opening credits of all MosFilm studio productions:

This Art Deco Stalinist mash-up was examined, section after section, by assorted Torquemadas from the People's Commissariat of Public Occlusion before being put on public display, and all because of the rumoured outline of Trotsky's features in the peasant girl's impenetrable skirts.
Stalin himself paid the statue a midnight visit to ensure that no pedantic pince-nez peered back at him.
Soviet Russia was not alone in entertaining such Salem-lite antics. We in Wales never got over the loss of Catholicism, which satisfied our desire for subsidies from a world empire while accommodating our fondness for setting fire to things we don't like.
The cattle-grid collision of Calvinism and Methodism that makes up our national religion is firmly against everything, even displays of piety, so our unquenchable Celtic exhibitionism and love of lying must out once in a while.
This makes Wales a favourite location for the haunted-toolshed reality TV programmes that fill non-BBC channels, on my television at least. It also accounts for sightings of Old Nick in the folds of the Welsh lady's shawl in Curnow Vosper's painting "Salem" at the top of this page.
All clerics are by definition deluded, but there's nothing like the temptation of turning some prodigals to drive them into the depths of Dunce. The dialogues between eager Catholic modernists and patient, predatory Marxists in the 1960s make diverting reading for the armchair sadist, especially as both have since shrivelled in the searing light of bigotry.
But what if the Soviet Union had taken the gaitered bait and raised the chalice of Orthodox Christianity to the parched lip-service it paid to social justice? The cult of the embalmed miracle-worker Lenin had already paved the Via Ponderosa to such a grisly Hegelian synthesis of unreason.
Osip Mandelstam, Soviet poet and imperial pain in the arse, once wrote that only in Russia is poetry respected, as only there does it get poets killed. Perhaps that is because Stalin, the ex-seminarian and ultimate autodidact, worshipped classical literature and deemed Modernist movements like Mandelstam's Acmeism to be little less than heresy.
We owe a greater debt than ever to the bucketheaded Nikita Khrushchev, who announced that there was no God because Gagarin had seen no trace of Him in the Heavens. St Yuri might otherwise have touched the Countenance Divine and returned to endow the Soviet cause with Holy Sanction.
The Politsynod, having later canonised Martyr Yuri Gagarin, would have given the imprimatur of both faith and science to reports of his beery features beaming out of beetroots from Bryansk to Borodino. Modernism, not liberalism, would have been anathema, and only the truly devoted would have risked an auto-da-fé for the sake of a few laughs.
There would be enough strips found of Gagarin's overcoat to rival the fragments of the Holy Cross and the wandering limbs of the Caliph Ali. Woven together in a mighty banner, perhaps by the Ust'-Kamenogorsk Experimental Textile Plant, they would have been borne by the conquering armies and fleet of the Third Rome across Europe and into the mouth of the Thames.
Perhaps interpretation of Lenin would now be taught in the schools of Oxford, and her pulpits might demonstrate to a circumscribed people the sanctity and truth of the revelation of Marx.
As if.

Has flashing ever been illegal in Russia? Somehow, it doesn't seem like the sort of thing that would fluster a Russian woman.

Did you mean "circumcised people" in the last sentence? Historically speaking they've been keener on revealed truths than the uncut.

Commie dictator as Messiah almost worked over here in Romania, but Comrade 'Titan of Titans' Ceasescu was simply too obsessed with family values, and at the end of the day nobody is going to believe that a dad is going to save the human race (cf Jesus, Batman, Michael Jackson.... batchelors all.)

Flashing, like most things involving your nads that don't come under the category of "enhanced interrogation technique", has been illegal since the days of Stalin, GB.

In the 1920s flashers were considered to be vapid individualists who had to be integrated into the collective, hence experiments like the Pskov Synchronised Self-Exposure Brigade, who would practice four-part flashing in front of policewomen's parades.

By 1934 they were deployed as sleepers on the Turksib Railway.

As for circumcision, your distant relative Edward Gibbon certainly thought so when he imagined Islam being taught at Oxford rather than Marx. He was only a couple of centuries out.

Ah, the Genius of the Carpathians, Gadjo! Mind you, and not wanting to disparage our Hutsul cousins, it's never been difficult to claim genius status along the pine-clad slopes of the Borgo Pass.

Stalin's attitude to family life was clearly "the family can stay together, as long as it's Magadan Forced Penal Colony No.456".

Arf! very much. And with an impressive Gibbonian sweep (as the satisfied client of the monkey-staffed flue cleaning company remarked).

You've reminded me of the monument sitting atop Khrushchev's grave in Novodevichy Monastir: I recall his smiling but disembodied head sits playfully suspended in an abstract arrangement of variously shaped black and white blocks. Quite impressively irreverent and avant garde - representative of the man as well, in a way. They were a funny old bunch of peasants (deadly too, of course).

It is not yet obvious that there are things we can do in space better by sending people up there than by sending up only our machines. So far, the only thing that human spaceflight is uniquely capable of doing is demonstrating the possibilities of human spaceflight. But there is sufficient interest, and thus sufficient political and economic support, that we will continue to send up modest numbers of space travellers in Yuri Gagarin's footsteps. Over time we may find new reasons to send up people in more than modest numbers.

You're right Gaw that it's odd Khrushchev has such a modernist tombstone, especially one sculpted by Ernest Neizvestny, whose work Khrushchev had criticised.

It was at the request of the old boy's family, apparently, as Khrushchev had brought them up to be all fancy.

Just like Kinnock's son going to Oxford and heading the British Council in St Petersburg when his old man had scrapped a pass at Cardiff at the second attempt and celebrated in a gutter.

Plenty of reasons for sending certain people into space, young Master Roofing. Less incentive to bring many of them back again.

It was also rumoured that when Gagarin opened up his trench-coat, he'd call to any passing fermales, "Ere darlin', fancy a piece of The Right Stuff?"

It's an enduring image, Pop. I like to think he had a medal concealing his twin satellites.

And I was under impression that its' strictly forbidden to interpret Lenin's works in Oxford. My mistake then, but I thought the works are served neat, no ice...