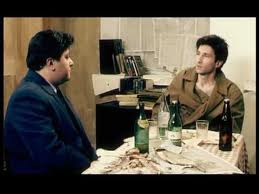 The Mighty Norman Tebbit once compared our prime minister, Mr Cameron, to Pol Pot, quondam leader of the gangster element in the Khmer Rouge. Now even I thought Lord Norman had allowed his rhetoric off the leash on this occasion, as Dave and Pol seem to have little in common apart from cherubic looks and good connections at Court.

But the Chingford Cassandra has proved me wrong again, as the Coalition's proposal to increase the minimum price on booze is a measure straight out of the Bumper Book of Bolshevist Blunders.

I spent a year in the Soviet Union developing a humble appreciation of market mechanisms as the hapless Mr Gorbachev launched his reform programme in the manner of the Isle of Wight ferry - in reverse order and a miasma of hot air.

It's easy to mock glasnost nowadays, given its Fabian faith in patience and cooperation, but any attempt at marrying neo-Stalinism with a Quaker sensibility was going to provide piquant entertainment at the very least for the heartless voyeur with a British passport and return ticket.

Sage entrail analysts have long pondered the reasons for Gorbachev's failure. Did he promote political reform at the expense of living standards? Did he send mixed signals to liberals and conservatives alike? Was the Soviet model too atrophied to cope with even minor change?

All interesting, all wrong, for I knew perestroika was doomed on 16 May 1985 - the day the Kremlin hiked the price of booze.

The aim was to discourage the virtuoso drinking that passed for Soviet recreation, apart from the allied art of random procreation. In the absence of any decent television or many Jews to persecute, that left only football to keep the Russian punter happy.

Then Denmark beat the Soviet squad in the World Cup qualifier, and that was that for perestroika.

The price rise, coupled with restrictions on where and when you could buy vodka, beer and the Soviet equivalent of wine, was meant to turn the Great Russian Public into sober connoisseurs of didactic literature, fossilised ballet and slow-moving epic cinema.

The predictable result was a run on alternative sources of alcohol, in particular boot polish, flight fuel and the "Natasha" brand of perfume. This led in logical sequence to the collapse of the Soviet Army, Air Force and feminine hygiene, in so far as anyone noticed.

My Soviet room-mates Kolya and Seriozha would rarely venture far from their encrusted cots without a splash of aftershave around the chops and tonsils, just to keep them topped up until Sergei Kartoshka (Serge the Spud) returned from his collective farm some metres below the village of Kozloyobsk with several demijohns of finest King Edward Red-Eye.

If they made it out onto Friedrich Engels St at all, they would slick a couple of poltinniks into the green and furred paw of a mathematics student to sign them in on their Dialectical Materialism Theory Class before joining the two-hour queue for a bottle of flat lager outside State Gastronomic Emporium No.13 In The Name Of Mikhail Suslov.

With good timing and the serendipitous demise of pensioners and invalids further up the queue, they might be able to down a couple of intestine-pounding Zhiguli Lites and still make it for an impromptu interrogation course at the Rosa Luxemburg Nurses Hostel, only pausing to void themselves in an Afghan postgraduate's  hat.

Russians back in 1985 cherished two aspects of Soviet life that made Stalin, plastic shoes and exploding television sets all seem vaguely worthwhile, and these were the Red Army's Wurst-bursting victory over the Germans in the Second World War and the way Scientific Socialism let the Ivans lord it over shifty Tartar types and the thoroughly suspect natives of the Caucasus.

Mr Gorbachev, with the unerring step of a deluded somnambulist clambering into a wolf enclosure, then trampled over this remaining pair of patriotic pluses in his soggy bedroom slippers:

1. Instead of jeering at the Armenians' alleged addiction to propositioning poultry, Russians now had to hand over two weeks' salary to Chechen taxi drivers for a still-fermenting bottle of Uzbek brandy and look suitably grateful into the bargain.

Prohibition is also how local crime really got organised, so that it was flush enough in the post-Soviet shambles to buy up all of Russia's steel mills and our (association) football teams.

Mass racketeering and English public schools plump with Rolexed Muscovite brats had never featured among  Gorbachev's agenda points at the XXVIIth Party Congress, at least not according to the banner I'd ended up carrying in the Revolution Day parade that year.

2. Russian war films pre-Gorbachev were refreshingly free of qualms or any factual plotting in a way that Hollywood accounts of the same conflict can only dream of.

Hulking straw-haired lathe-grinders, goat-bolters, schoolgirls and progressive livestock would swing as one from the wholesome task of stuffing Siberia-bound trains with Polish schoolteachers, don dashing khaki tunics and pave their rapid path to Berlin with the skulls of cloddish Ukrainian collaborators.

The Germans were always skinny degenerates in sagging, sallow uniforms. High Period Soviet war films (1945-1956) would not even inflict the objectively Fascist German language on the gnawed and noble ears of the Great Russian People, insisting instead that actors should communicate in guttural yelps the sort of which Dr Moreau would have despaired.

So, no matter how grim their turnip-fuelled economy might be, the Russians could always seek solace in the prospect of the Germans still bartering their teeth for kindling in the owl-haunted ruins of Nuremberg.

They were therefore unimpressed to discover, through the magic of glasnost on their tellies, that Germans ate heroic sausages in dappled market squares, strolled around in clothes made of cloth, and had better uses for garter bands than as surrogate fan-belts for their space-age, four-wheeled cars.

And they did all of this while drinking foaming lager - yes, Germans can get lager to foam - from mighty glass buckets, delivered to their heaving tables six at a time by hearty farmgirls who'd lost the ability to fasten their blouses.

Suddenly, Stalingrad didn't seem such a bargain after all.

One morning I had joined Kolya and Seriozha for a troika - we each had three roubles, which was enough to buy the cheapest bottle of vodka. It was some special occasion - Seriozha had washed his neck, I remember that - so we'd decided to spend two hours in the booze queue.

After about 50 minutes of our smoking, muttering and round-corner hawking, a pensioner in the standard-issue damp brown flares, pigeon-daubed beret and cardboard jacket marched up, his medals for driving a tank over a pile of Romanian hussars glinting in the low winter sun.

"Out of my way, slackers!" he snarled, brandishing his get-out-of-queues-free war veteran card as he shoved through the steaming mob at the shop door. "I was in Berlin, so move it!"

He'd served in the Red Army, he'd used the palace at Sans Souci as his lavatory, and he'd lived for forty years on birch bark and bitterness. The crowd would have been instinctively sympathetic to him, having at least one such Spartan each in their families. But along came Gorbachev and his Dry Law, and everything was changed, changed utterly.

He emerged from the shop clutching two open bottles of Zhiguli. He necked half of one right in front of us, retched, then spat it out over an audience of sparrows.

"Pisswater!" he gagged. "To think I fought the Germans for five years - one of them on my own - so that I could drink this muck. Bollocks!"

Pisswater or not, it was more beer than the rest of us had, and the mood of the crowd was restless. Then one voice rang out:

"Think - if you hadn't fought so hard, grandad, we'd all be drinking Bavarian Pils right now!"

I braced myself for the inevitable lynching. No one in the Soviet Union joked about the Nazis' winning the war.

But instead there were a murmur of appreciation, then laughter and a brief round of applause. The Hammer of the Goths shuffled off, trailing his bottles behind him. Mr Gorbachev and Soviet power followed suit, six short years later, to be replaced by the ever-thirsty Boris Yeltsin.

Perhaps Mr Cameron should put his feet up on Mr Clegg one evening and ponder these lessons of history. Ed Miliband may be a Diet Coke kinda guy, but out there in the heaving darkness you can just make out the embers of Ken Clarke's cheroot.

Yeah... I think that Brits are too well mannered and addicted to that stiff upper lip thingy to revolt at this, undoubtedly anti-democratic and draconian measure. Russians just couldn't abide their last resort being taken away.

And re a technicality: "insisting instead that actors should communicate in guttural yelps" - I always suspected that it was Yiddish, modified enough to be almost unrecognizable as such. Oh well...

We've beheaded at least one king and forced one-quarter of the world to pretent to understand cricket, so don't underestimate our wrath, Snoop.

Yiddish is a good point - just as Chinese-American actors played Japanese bad hats with relish in wartime Hollywood fare, so might the Jewish members of the Soviet Actors' Union have leaped at the chance to put the boot in the Boches.

As it happens, GB, Lenin did ban booze during the Civil War. Which is why there was a Civil War. But he did learn. Especially as the October Revolution was made, as he's reputed to have acknowledged, by "drunken sailors" ("пьяная матросня").

The Afghan postgrad in question was almost certainly researching Dialectical Materialism and kindergarten Russian, with a special project in being the son of a secret police colonel and not going back to Kabul anytime soon. His thesis would have been written for hard cash by a Russian post-doctoral type, or even his supervisor. Everyone had prizes.

If Kollontai had had her way (and she often did), all mucky practices would have been added to "The Communist Manifesto" as an appendix. But Lenin was a bit of a prude, so that chance was missed.

If only ace-shagger Trotsky had taken over...

I was studying in Germany at around this time. Your evocative description of German beer and waitresses rings true, though perhaps distorted on my part seen through the sodden, sentimental eyes of nostalgia. The occupying forces (that is, Brit squaddies) were confined to barracks on the edge of town and never seen, mainly due to a history of bad behaviour while out on the town. We may have won the war, but we still couldn't hold our beer.

My brother was a Berlin-occupying squaddie who enjoyed his trips to the East. The lack of Ossi Reinheitsgebot bothered him not. He's not been back since Die Wende. Too poignant. Or, as the man himself said, "Ffyc innit."

Good move, Wendy. I devote much of my life to enhancing vodka with all known roots. I'm thinking of setting up website called Root Cause, but it will either attract Guardianista appeasers or priapic Kiwis.


I definitely enjoying every little bit of it and I have you bookmarked to check out new stuff you post.
One Machine Learning
One data science
Bissi.Global