Do You Believe in the Welshworld?

Another year, another notch of recognition on the bedstead of glory. The Welsh people as one have promoted me from Tenth Welshest Blog Ever to 47th Most Currently Cambrian Chatterato. Thank you all.

How the bell curve can that be progress, you ask? The number of Welsh web bloggers has increased exponentially in the past 13 months, as unemployment makes hunching over your computer in a Hong Kong Phooey dressing gown (minus bandana) a credible career option.

To be 47th in this teeming pool of opinions, lists of random things and ineptly-embedded video clips is both more intense and more significant an achievement than, as Madame Boyo put it, gaining plaudits from a baker's dozen of slackers who are probably related to me anyway.

On receiving my last award, I set out the following Two-Year Plan:

So far so good. With 11 months still to go I've not had any quality time with the Nefyn Nightingale or Big Bad John, or even Charlotte Church for that matter.

Mrs Boyo and I have rubbed along well enough to grace Wales with a masculine child, thereby ensuring that the Line of Boyo will continue the work of Glyndŵr, Mabon and Shakin' Stevens.

And I have no enemies, merely friends I haven't yet annoyed.

So what does the future hold for the Boyo Media Foundation?

I'm not one for senseless dreams, but it's fair to say that my Olympian public profile makes a Senedd, or indeed Westminster, seat on the Cymru Rouge (Round Table - Fuck England) ticket pretty much inevitable.

A busy parliamentary career as the sole true opposition to Bernsteinian ameliorationists, bourgeois nationalists, Tory ponces and that Estonian sex-maniac in Montgomery will not distract me from blogging.

The new emerging media are confounding their critics by playing a pivotal role in the struggle for human dignity, from the live-bloggers of Rangoon to the Twitter protests of Tehran.

As these innovations reach maturity and come to supplement and stimulate the established media, it is more important than ever that there are still some of us out there letting the side down.

In a very real sense, it is the least I can do.

A Tonic for the Troops 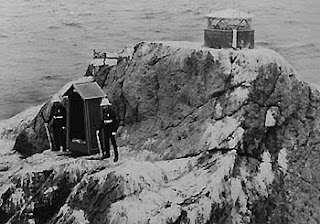 Storm clouds are gathering once again over the blank slab of England's face:

When Jerry last tried to tattoo his "von und zu" in artillery fire on the White Cliffs of Dover, there was one special lady whose steadfast voice and quintessential English chic clenched the national fist in Dirndl-denying defiance.
The time has come for that lady, who's still with us, to return to the prow of the ship of state and show Kate Winslet and our other assorted, ill-shaven foes why God Almighty chose this and no other island to make his home.
Yes, I am proposing that Her Majesty's Government should honour England's Orchid with an annual Fennella Fielding Day.
All the womenfolk of England shall on that day undertake to speak, dress, coiff and smoke like La Fielding:


This will boost our flagging birthrate, tutor slouched youth in the ways of deportment, improve our fraught relations with the fine, tobacco-curing nations of Virginia and the Near East, and put paid to the common foreign prejudice that all the daughters of Albion are lobster-hued, over-amplified lushes.
Imagine the scene: The nurse winds her way through the chaises-longues and aspidistras at the Shepherd's Bush Home for Thespiennes Distinguées with a tray of morning pick-me-ups.
She calls out "O where is Miss Fielding?", only to be met by row upon row of alabaster vamps in vermillion velvet, each growling "I'm Fennella Fielding - no, I'm Fennella Fielding!"
Drop videos of that among the mountains of Tora Bora and watch Messrs Bin Laden, Al Qaeda and their ilk show a clean pair of sandals for perhaps the first time in their lives.
The Downfall of the Afridis is Assured.

Nothing makes the morning grechka at Casa Boyo crackle, pop and fume more agreeably than reading of the humiliation of BBC grandees - preferably at the heels of latex-clad Japanese twins, but the clammy maw of the British airport gulag will do.
David, the Teddy Kennedy of the dismal Dimbleby Clan, was caught trying to fly on Poteenair to some drab French burg the other day, and displayed an endearing lack of awareness by whining about the poor service - in short there was no flight - to the civilian, non-BBC world.

No gentleman flies in any aeroplane smaller than a jumbo or larger than a Learjet, unless it's armed and the Hun is up to his tricks again. Only the national carriers of monarchies are to be trusted - except the Dutch, of course.
I'm not a Calvinist, and so happily make an exception to this rule. That exception is a small Ukrainian airline of such radiance that the lustre has blotted out its name from the smooth surface of my mind.
It operated out of Lviv/Lvov/Lwów/Lemberg/לעמבערג, in the charming western fringe of Ukraine that's like Poland but with vowels and a sense of historical perspective restored, and may still do so for all I know.
I encountered Air Karpaty (I think) in Belarus. A glance at the map shows that Belarus is made up of the bits of Eastern Europe that none of its neighbours much wanted. When the accordion expired in the post-Soviet game of musical chairs, the bemused farmers, ballerinas and manufacturers of exploding television sets who live in the area found themselves with nothing to sit on but ther own polyester-clad rumps.
They tried to be independent for three years, but have since petitioned Russia to annex them as a sort of cabbage patch cum missle-testing ground for Smolensk Region. Muscovite rulers from Yeltsin to the little new chap in the insurance-salesman suit have toyed with Alexander Lukashenko, the bumpkin dictator of Belarus, like a tabby with a week-old kipper, and no one seems to mind.
As I recounted earlier, the Belarussian nationalists of 1919 could have been accommodated on a modest sofa, and their modern heirs would be lucky to find themselves perched on anything so comfortable - especially after their mitten-pawed attempt to oust Lukashenko in the "Potato Revolution" of 2006.
So what brought me to Minsk, its clod of a capital, in 2004? A need to cure myself of nostalgia for the Soviet Union. I was living in Kiev, a 24-hour booze'n'broads kind of town even before the Beautiful People beat the trolls in the Orange Revolution, and sometimes found myself pining for the old Commie joys of dancing in tiny kitchens with bulbous, floral-print women to the cardboard-guitar twang of a bearded vodka-blotter in a check shirt.
As a Marxist I am alert to the dangers of sentimental yearning for a past that never was, and booked myself a duty trip to Belarus at once.
The cure worked. Four days of being kicked out of one of the city's four functioning pubs at 1100 pm was a salutary experience, especially as the hotel bar was booked solid by the local Irritable Prostitutes' Convention.
The local beers rated poorly on taste and oblivion, but did treat thrush. Everyone was drunk in a borderline alarming way, and the two permitted television channels shut down at midnight after an evening of pornless war films and optimistic harvest forecasts.

So I turned up at Minsk-1 Airport, eager for the flight back to Sodom-on-the Dnieper. After all, the flight to Minsk from Kiev had been a display of one-upmanship on the part of Belavia, the Belarussian national carrier.
It had sent a massive Airbus to ferry eight people 45 minutes across the rotting tree stumps of the River Sozh, with sulky models dispensing Nescafé and a bun to each of us dauphins of the air.
In this way President-for-Life Lukashenko was telling his louche Ukrainian neighbours "Yes, we have no coastline or proper shoes, but we can send giant flying machines into the skies above your fancy capital with its street lights and shops! Flying machines empty but for the rustle of stockings on upholstery - stockings made by the Svitanak Underwear and Tank Parts Plant of Hero-City Brest! Behold the wealth and might of Belarus and think about it, you drunken Cossack bastards!"
The plane had just reached cruising altitude when it had to plunge into its descent to Minsk-2 International Airport. This cavern of golems is located so far from the city that the gas-powered taxi ride takes longer than the flight.
Belarus is a land of extremes, but only in terms of metropolitan airport location. Minsk-2 is virtually in Lithuania, while Minsk-1 is right in the city centre. It looks like a Stalinist bus shelter, check-in is conducted at a portable trestle table, the departure lounge is the corridor through which arriving passengers trudge with their treasured boxes of flour and radioactive chickens, and the runway seems to cross a school playground (no take-off or landing at lunchtime or mid-morning).
The whole procedures took 20 minutes. The border guard was so excited to see a real foreign passport ("You are not Ukrainian pervert!") that he brought his boss down to marvel at its possibly Papist lettering, colour photograph and non-smudge ink.
Then I and three back-bacon merchants from Zaporizhzhya picked our way through the battered toys on the runway to a stretch crop-sprayer with "Air KapRaty airlanes" crayoned over an "Ivanovo Petrochem Ltd" stencil on the side.
A blowsy blonde divorcée in what looked like a strippogram nurse's oufit goosed us up the steps into a cabin recently decorated by the Herat Guild of Blind Smackhead Carpetweavers. After some random Ukrainian hawking noises over the intercom, we bunny-hopped into the lignite haze above Minsk and off towards the parliamentary democracy and nude shushi parlours of Ukraine.
The maneating stewardess wiggled among us with plump fists full of vodka minatures as we settled into our purloined cinema seats. "Lunch is chicken or meat product. Which would you prefer, young man?" she breathed in a manner that suggested a correct answer would usher me into a world of unknown pleasures. I opted for the poulet and escaped with only minor harassment and glancing frottage. The plane bounced from hedgerow to arms dump at an altitude of 600-700 feet.

But that's not the best of it. We were airborne for about an hour. In that time we each received three vodka apéritifs, a reasonable cooked meal, and a choice of wine. "I'll have the white," I told the flight crew as she pretended two bottles of Moldovan plonk were her ear-rings in a performance of disturbing coquetry. She unscrewed the chablis with her teeth, winked, rubbed the merlot against her blouse "to warm it up" and gave me that too. I felt reassured that the other three passengers got both bottles as well.
Once the meal was over she came around again with more vodka. When we landed, the co-pilot wandered through the cabin doling out cans of Obolon lager and mumbling hopes that we had enjoyed our flight. "Yessir!" we replied, and asked him and his charming sister where else Air Karpaty flew. He waved his arms skywards. "Around," he said, saluted and sauntered off.
And they didn't even steal our baggage.