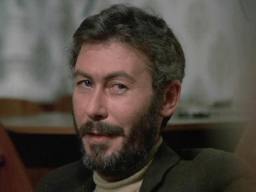 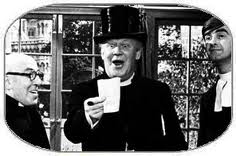 Apologies for the lull in blogging - my bid for the directorship-general of the BBC required considerable time for mental, spiritual and other refreshment. I wish my rival, the late John Entwistle, the very best in the dusty tasks that face him. I would have been a tough act to follow, and how harder will it be to lurk in the mighty tripod of my shadow.

With the grace for which we Welsh are noted, I hereby put all my previous programme proposals at his disposal, in the certain knowledge that, if spared due legal scrutiny, they will prove nothing if not stimulating.

I would also like to mark this 4th of July by suggesting that Mr Entwistle should ponder the article in which  Nick Cohen wonders why the BBC does not produce the sort of pant-shredding drama that the Americans have made their own.

The reason Americans fashion such telly excellence as "24", "The Sopranos", "Treme" and "The Wire" is simply that they have massive, brass balls, and they like the sound these make as they clack together while their owners stride down Main Street, sparks flying from their leather chaps.

The pallid knackers of the BBC, by contrast, are clamped in one of those devices that Accident & Emergency crews regularly have to remove from the damper parts of Anglican clergymen, and so bring us the likes of "All The Small Things", a stack of ticked boxes in flight from the audience.

The plucky resistance movement at BBC4 tries hard to serve up steaming hot television, and they deserve some praise for their Scandinavian Knight's Move - a cheeky ploy to resell pasty Danish remakes of ITV's Mirrentastic "Prime Suspect" as Euro neo-noir. But we can't rely on six million herringheads to provide all our two-dimensional dramatic needs.

The BBC will not slough off its sub-Rattigan cosiness overnight, so I propose a manageable transition by literally bringing American elements into existing British formats. Here are a couple for free:

Ponty PD. The United States takes over the Gwent Police beat in Pontypool, if only to make damn sure that any new Piers Morgans are dealt with in situ. In episode one, Chief Inspector Serpico Terminaterwitz sends a SWAT team to Mrs Prys-Price-Parry-Jones's late husband Gwil's pigeon loft, where their layabout son has been flattening pennies so that they will fit in the 2d slot of the pre-decimal cigarette machine at Pontypool leisure centre.

Donnie Darkie. The dense, multilayered psychological teen thriller is rewritten as a British 1970s sitcom. Robin Askwith is the psychiatrist, Liz Fraser is the mum, Jim Davisdon is a giant racist rabbit.

The BBC Drama types in Cardiff could knock those out with a flick of a powdery mirror and still have time to catch the last train to England. I await the call.