It looks like we're in for another jolly bout of Tory government in a matter of months, so we in the Cymru Rouge are ready with some advice for Master Cameron and his swanky swan-guzzling chums.
"What can Welsh Maoists possibly have to say to Old Etonians that can't better be expressed with a mattock-blow in a paddy field?" you may ask.
As it happens, some of us have read The Independent and know all about Gramsci, hegemony and the like. Having acknowledged that our own electoral uplift is not going to burst out of the Thames Valley Bustier, we are happy to have the Conservatives implement our policies for us.
If there's one thing hemp-clad, slogan-shrieking Silurian child-soldiers have in common with whale-shaped grandees it's a love of wholesome country living. They eat nursery food in unheated piles, compare bowel eruptions and mount one another with bellies full of port. We sit and wait in thickets, endlessly, like the owl Blodeuwedd.
The greatest crime of the Blair Government was to persuade the grimy urchins of the Labour Party that it is acceptable to be a ponce. It is not. New Labour then cast its Mabuse shadow over the Tories, so that you now hear distressing tales of Cameron's Notting Hill "lifestyle":
Any more of this and our democracy will be in serious danger. A choice between three political parties of middle-class bores is no choice at all, and the drinking, smoking, rutting and recreational-fighting classes might well march on That London with the heads of estate agents on pikes come Imbolc.
To effect national reconciliation and avoid the reign of King Mob, I would like to resurrect an idea Gyppo Byard and I developed some years ago. Then we considered it a diverting television programme; now we understand it could save the Crown.
The instigation was an American programme called "Queer Eye for the Straight Guy", in which five shameless inverts sought to undermine the not-at-all repressed male obsessions with contact sports, body odours and drunken fisticuffs by a strict regime of couture, musicals and salad. The result - the eventual election of President Obama - signals the success of this cultural osmosis.
We proposed to take ownership of this device in a uniquely rural way. We would take a representative group of metropolitan degenerates - Peter York, Yasmin Alibhai-Brown, Wayne Hemingway, Polly Toynbee, Madelaine Bunting, the Bishop of Southwark and The Pet Shop Boys - in the back of a Land Rover to the Welsh Marches.
We'd con them into coming by saying it's an all-paid trip to a delightful converted farmhouse in Le Marche Gallese.
Once esconced at Taff's End, an underheated Tudor nightmare of noisome plumbing and over-familiar beagles, they would be matched up with a local type - poachers, arsonists, Gypsies, matrons of the Ladies Fellowship, hereditary Fenian prisoners, the colonels who detained them, and the usual selection of unqualified doctors, Welsh policemen and shell-shocked Classics masters.
These would introduce them to antic pursuits that we deemed least suited to the individual drone/harpy. For example:
Our aim was purely fun at someone else's expense but, as is often the case, we had stumbled upon a solution, or at least a solvent, for our fractured fiefdom. Instead of meretricious televisual entertainment, an imaginative government could make much more out of "Let Fly at Their Back Eye" (no more than a working title, it's true, but it captures the essence of violence, colloquialism and bigotry).
I propose a Department of State, devoted to rooting the deracinated firmly in the soil of the pays réel - whether literally or not will be left to local referenda, on a property-holder's franchise.
Any members of Central Office who might be reading, please feel free to get in touch by cleft stick. 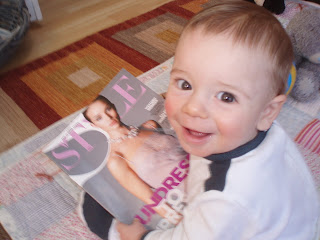 "2009" was inscribed on one of the many milestones that the Boyo charabanc dislodged on its Cambrian career through the last 13 moons. Each month brought new triumphs and challenges, but not that I noticed. Let us get kinkily Fabian for a moment and carry out an annual audit.

Summary: Overall, the number of No Good Boyo posts halved on the year, a pleasing result for the leader of a movement dedicated to the overthrow of the productive aspects of capitalism while retaining its viciousness.

Prospectus: This Celtic indolence won us the accolade of 47th Welshest Web Blog in the World - a stunning drop from 10th in 2008. We pledge to improve on these figures in 2010 by sending No Good Boyo plunging into the lowers hundreds - the Cantrefi Gwaelod of torpor to which all Welsh would aspire if they could be arsed.

This we will achieve by writing less frequent and longer pretentious posts, fattened as ever by abstruse foreign tags and cinematic references. The subject matter - my Neronic debauch of Eastern Europe in its man-made fibres period, plans for the same in Wales, political extremism, vague longings for librarianly women on television, and further excerpts from my 25 years of lolling at the taxpayers' expense. And that's a promise. Now, to the detail.

January saw me take on the antick duties of Cotsengi (Hound of the Ladygarden), the hereditary inquisitor of would-be-Windsor princesses, on the demise of Sir Dai Llywellyn. His spurs and stirrups have stood me in good stead, especially when assessing twins.

February we dedicated to Santes Dwynwen, such was its Welshness. The Cymru Rouge vanquished the penny-dreadful Poujadists of the British People's Alliance, scorned comparisons between our witch-peaked principality and the sodden marshes of Atlantis, and persuaded Mancunian sage Professor Norman Geras that aesthetics, eugenics, heredity, expediency and the Will of God trump liberty every time by citing the case of nudistry.

March marked the passing of the holiday-home-scorching torch of Cymreictod from one generation to another, as stepfather of the nation Sioba Siencyn wandered off among the menhirs of Lud and our son Bendigeidfran (pictured above) served notice on Angles, Saxons, Jutes, Hemps and whatever that the Day of Glyndŵr slouches closer on all fours.

April heralded the launch of the Cymru Rouge abroad, as we hammered the Scots and pledged to save the English from themselves again by completing the Cerne Abbas Giant. The harvest will be reaped at the 2010 general election with the sickle of Siluarianism, when the Thames Valley will return a shrieking phalanx of black-clad child MPs to promote Maoist-Mabonism in the maw of Mammon.

May displayed the European dimension of our native largesse as I recalled how a young Englishman was tutored in the ways of the Welsh by a trainee nymphomaniac called Delyth, several spiked ales, a ruck of rugby players and the noble Bohemian art of defenestration.

In June I continued to unravel the remaining threads of the New Labour tapestry. In a show of appeasing Baroness von und zu Kinnock, for fear that she might use her new position as Minister for Europe to thwart our holiday plans, I incidentally listed her most outstanding shortcomings. Mr Brown must have noticed this, as he rapidly shifted her to liaison with dozy countries and the UN.

Wales's own first minister, Rhodri Morgan, in July tasked me with encouraging immigration by affluent metro uitlanders. I came up with seven cracking reasons why Wales is the place to live. Morgan's resignation followed in December, and was deemed by the unkind to be an eighth.

August went down in history as the month some slackers voted me the 47th most intense Welshman on the Intern Net, and prompted me to give the following assurance:

The reference to fading stars came back to haunt me that very same month, when Gordon Brown rejected my campaign to have Fennella Fielding's birthday enshrined as a national festival of anti-jihadist defiance. No 10 flaunted its dhimmitude by dubbing my patriotic efforts "not in accord with government policy". Just wait until May, Herr Braun; Mr Cameron strikes me as the sort of chap who appreciates a finely-turned fetlock whatever its vintage.

In September I reclaimed the name "Britain" for all of Wales, although my suggestion that Israel should rename itself "Nelson Mandela" did not win such universal approval.

I added my many voices to the campaign to commemorate Iolo Morganwg, the inventor of modern and Medieval Wales, with a cromlech on Primrose Hill. It gave me the opportunity to extol the fine Cambrian virtues of theft and deceit throughout October. We are not unique in being a bunch of lying tea-leaves, but who else has elevated it into a national epos?

Nepotism is also a characteristic that we prize, sensibly enough as some of our mountainous counties regard incest as a competitive sport, so I was proud in November to recommend my brother Steffan ap Morthwyl fab Boyo as leader of the less intelligent wing of the English Left.

He combines the timing of Arthur Scargill with the appeal of the Kinnocks, and would give Labour plenty of opportunity to get used to opposition.

And in December our daughter Arianrhod reminded me that the title of Most Welshest Boyo must constantly be defended, like Offa's Antifaschistische Schutzwall itself. While trailing through the sports and weaponry section of John Lewis, a leading Welsh workers' cooperative retail unit, out of all the misshapen baubles she chose a rugby ball.

Above my work trough hangs a draft election poster. I stare out at the voter, above the slogan "Êtes-vous plus Gallois que Lui?" Once I eyed it complacently. Now I'm not so sure.
Posted by No Good Boyo at 12:47 am 58 comments: