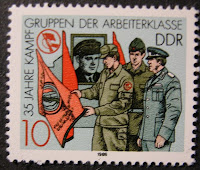 You will all be familiar with the joke about the first Jewish President of the United States. He invites his retired mother up from Florida for the grand tour of the White House and Capitol Hill.

She's reluctant at first, what with shifty Miami taxi drivers, the likely impact of the flight on her ready reckoner of ailments, general concerns about humidity, shvartsers, etc. Mr President reassures her that it'll be Air Force One and limos all the way, and she'll be back home for bridge on Thursday.

The trip passes with less kvetching than expected by either party, and the First Mother is serenely seated at the green baize as Mrs Mandel deals the cards.

"Where did you go, Golda? We haven't seen you all week!" asks the hostess amid the rustling of perms.

"I stayed with my son," replied the Matriarch.

"Your son the optometrist?"

We've all been there. When my mother announces to the Cerigrafu branch of Merched Y Wawr (Provisionals) that she's spent a few days ironing wallpaper at her son's house, they always gasp "Your son, the War Mongrel?". Instead she dismisses her weekend at Casa Boyo with a "No, the English one".

I was brought up in the shadow of my younger brother, Steffan ap Morthwyl fab Boyo, years before he was born. There were omens on the witch-gaunt hills, you see - goats jabbered Psalms at passing Land Rovers, a girl in Rhydymain was delivered of a five-fingered child - that sort of thing.

Morthwyl, as we call him, was born smoking a roll-up in 1969, and again in 1970 by popular demand of the midwives.

Readers of Mrs Pouncer's diary will know that he has since acquired a "van, a chainsaw, a doberman and a selection of self-crafted tattoos in no known language", and that "his favourite words are 'Duw, fuck, aye, but', in that order. They are also about the only thing he's said for 35 years".

At some point in the 1980s he joined the Army. When asked why, he simply replied "Dykes, mun" and winked. Whatever discomfort Europe might have been planning for itself in that dayglo decade, Morthwyl was always there to make it worse.

On his occasional visits home he would appear in Emma's nightclub, stuff his kitbag under a table and go to sleep - on the understanding that all the VG Stores checkout girls, district nurses and gym teachers would have found some edible underwear and formed a queue in ascending order of volubility by the time he'd woken up.

I never stood a chance, especially after I disgraced the family by moving to England by bus and not armoured personnel carrier. Morthwyl has never entered a sovereign state without challenging its armed forces to at least an arm-wrestling match. Turkmenistan declared eternal neutrality in the early 1990s just in case.

But Morthwyl's finest moment came on 9th November 1989. A continent realised that Communism was doomed when East Germany showed it could not even disembowel itself efficiently. Sagging Stalinist Günter Schabowski told the half-nation that they could cross the borders in search of stone-washed jeans and decent beer whenever they liked.

His leering chief Egon Krenz had planned the Great Leap Over for the following morning, so that he and his lovely wife Erika could snap up the bargains in West Berlin that very evening, but failed to pass this detail on to Schabowski.

Within hours The Wall was no more, Germany got bigger without killing anyone for once, and John Le Carré began his entertaining descent into student politics.

It could have been very different. Morthwyl was on guard duty with the Royal Welch that evening, walking the line near Checkpoint Charlie. He loved patrolling The Wall, for it was as close as he could get to East Berlin - a city that reminded him of what Wales might one day become.

He saw crowds surging towards the barriers on the Eastern side and remembered his training - the Warsaw Pact will probably start the invasion by creating an incident. And suddenly here were masses of poorly-coiffed youths in drop-shoulder sweaters milling around like touts at a Bonnie Tyler gig.

One word formed in his mind - "fuck", by which he meant an "obvious smokescreen, behind which the close-shaven ranks of the Felix Dzerzhinsky Guards Regiment will shortly march into the barracks and nationalise my boombox. Fucking Frenchies!"

By 1989 the Soviet Union was in no shape to conquer a waitress at the Mumbles Pavilion Café, let along West Germany, but international relations were something that passed Morthwyl by without stopping to check their trouser pockets.

He was fixing his bayonet - to what exactly the court martial never revealed - when an officer tapped his shoulder and ordered him down to the checkpoint. There he spent the night handing out cups of coffee to ecstatic Ossies, who in return plied him with East German cigarettes. "What were those like?" I once asked. "Fuck," he replied.

I often wonder what might have been if my brother had carried out his one-man infantry charge into the ranks of distracted Volkspolizei. Would the hitherto disappointing Cold War have flared up around his ammo boots, taking the West by surprise and leaving the Ostblock in charge of the cinders from Bristol to the Baltic?

The poverty, grime and poor dentistry of the German Democratic Republic are largely forgotten by pigeon-chested progressives, but less talk and more action from Morthwyl might have brought its benefits to the New Statesman's subscribers in a way they'd still be thanking him for today, on this 20th anniversary celebration of his rise to power.

Comrade Chief of the People's General Staff Generalissimo Field Marshal S.M.Boyo would modesty acknowledge the stormy and protacted applause, rising to an ovation, from work collectives across the continent with a wise and watchful "aye".
Posted by No Good Boyo at 5:51 pm 28 comments: