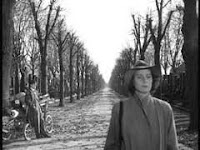 I avoid making controversial political statements on my blog, but feel safe in saying that little good ever came from Adolf Hitler and his trans-Alpine ultras.

I'm also sure that Catholic priests' chosen way of life rules them out as sources of emulation. Cardinal Newman was right to say that a liberal education is its own reward, but would have been more honest to note that it is its sole reward. One glance at the sort of stuff Newman enjoyed -being unhappily celibate, not eating much, arguing with the Pope - suggests that his advice was an introit to woe.

Indeed, a steady theme of this blog and therefore my life is how knowing things has constantly frustrated my mojo. A splendid series of articles by former colleague, literary colossus and all-round Spaniard Jason "De Vere" Webster on visiting Hitlerian holy places recently reminded me of another such missed opportunity.

I always felt sorry for historians of Nazi Germany. Scholars of less lurid eras display their professional envy with the odd sneer: "Don't worry, I'm sure you're purely interested in post-Gleichschaltung welfare policy, and aren't at all turned on by the shiny boots and pederasty, old man."

However much they protest, academic specialists on the Third Reich get lumped in with Colin Wilson and people who "research" serial killers, not helped by their high profile on TV strands ostensibly dealing with history but in fact entirely devoted to archive film of Himmler signing death warrants.

Jason brings out the awkwardness of having your genuine interest in some of the most significant loci of recent history mistaken for an obsession with skull shapes, department-store ownership and moving Poland around the map once every generation.

One part of Europe where people are refreshingly relaxed about mentioning the War is the Baltic States.

"Rorschach-blobby countries
With a dodgy Nazi past,
They disappointed Stalin
And left the Jews aghast"

as I once dubbed them, Estonia, Latvia and Lithuania had a decidedly mixed 20th century. A scattering of squat peasants teetering above a wintry sea, the Balts speak abrupt archaic languages and annoyed the Tsars so much with their dour folk songs that Alexander I subcontracted their government to the local German squires.

This made the Baltics easily the best-administered and most developed part of the Russian Empire, which was otherwise as baggy, inept and truculent as the "Madchester" music scene. It also meant that the suicidal Tsarist combination of idleness and cruelty reconciled the hitherto hostile freeholders and Junkers in an anti-Russian bond that holds true to this day.

Lenin had the novel idea that millenarian mumbo-jumbo and killing all the smart people would somehow improve Russia's condition, but should not have been surprised when the Balts opted instead for 20 years of frugal independence.

That lasted as long as it took for Hitler to elope with Stalin. This gruesome couple, despite their rapid falling-out, managed to scupper the Germano-Baltic alliance by respectively repatriating the Junkers to the Reich and setting up East Germany, a one-pot meal of a state that reduced the worst flavours of Prussian and Soviet bombast to a lignite jus rancid enough to repel even the squarest-headed Lett.

Nonetheless, the consistently beastly behaviour of the Soviet served to keep the Balts' Germanophilia simmering away under the tight lid of the Socialist saucepan until the whole Communist kitchen collapsed in 1991. Since then these new European Union colleagues have proudly rediscovered their Hanseatic and some other less edifying Teutonic ties.

I found this out on a visit to Estonia organised by the Soviet Ministry of Public Enlightenment in 1986. The Soviet Union would grudging allow a couple of dozen British students of the Russian language to spend a year in their string-vest satrapy, but worked hard to retard our linguistic progress by penning us in a crypto-Cossack backwater called Voronezh.

They'd let us out on the odd trip to places like the Baltics, Azerbaijan and Armenia, where speaking Russian usually earns you a kick in the pods. With this in mind, I prepared an Estonian phrasebook in cooperation with the Tallinn-born girlfriend of Young Young Aherne, whom we have met before.

Earnest analysis of Estonian society and intimate knowledge of my fellow-students helped me strip the required phrases down to a pair: "Vabandage, ma ei oksa eesti keelt" ("Excuse me, I don't speak Estonian") and "Neli õlut, palun" ("Four beers, please").

This proved to be an outstanding success. Deploying the first phrase melted the average Esth's features from a frosty furrow to an almost mollified maw of gold teeth and onion breath, while the second christened our new-found friendship in the amber dregs of State Brewery No. 17's sphincter-sapping ale.

It also helped to break the packed ice of prejudice between us and a group of ten East Germans whom the Soviets had also sent to Tallinn. The Politburo thought that bolting some Brandenburgers onto our party would comprehensively poop it. The Soviets were convinced, largely through study of our war films, that we shared their disdain for all things German.
Not so. Jerry always buys his round, for one thing, and is grateful in an older-mistress manner for any overtures from non-Axis chaps.
As usual, what really annoyed the Russians was a fault of their own making. East Germans were taught to see themselves as heirs to the Valiant Communist Resistance Movement, and so felt no guilt about Hitler and his chums. And what the average Russian really likes, next to a dead German, is a contrite one.
It didn't help that the East Germans had made a better fist of Socialism that the Soviets, and rather rubbed it in with their non-laxative beer and functioning cameras.
Moreover, the Russians underestimated the common ground between the British and the Germans. Apart from awful clothes, overcooked pork and talking about cars, we share a suspicion of the French, to whom life seems to come far too easily.
On the overnight train to Estonia, we and the pared-down Prussians decided that our Russian hosts were indeed no better than Frenchmen. True, their wine and weather scarcely recall Bordeaux, but they have a certain Gallic gift for all-day drinking, haughty women, toxic diplomacy and smoking through their rare ablutions. By the time the Baltic Express pulled into Tallinn Central, our carriage sounded like an pilot episode of "Meet the Bismarcks".
Our North-Sea Alliance was strengthened by the absence of the East Germans' "scharfe Hund" Stasi minder, who had gone too far in parading his pro-Soviet sympathies and actually eaten a Moscow railway station packed lunch.
One of the first Leipzigers to leap the psychological Anti-Fascist Defence Wall was Beata. The two of us hit it off together, as she combined a bürgerlich fondness for tailored tracksuits (as good as East German fashion got, believe me), unpermed hair and being photographed lounging on the bonnets of BMWs with a scholarly knowledge of German history. She also had a name full of southern light, unlike the crowds of Heidruns and Edeltrauds.
One morning a group of us were ambling towards the Kadriog Palace art gallery. I asked Beata whether she was also planning to join the afternoon jaunt to the Kilingi-Nõmme Experimental Synthetic Fabrics Plant.
She gazed out across the field-grey sea and mused "My room-mate Margit will go, as she has an interest in nylon tricotage. This alas I do not share. I shall rather spend the afternoon in our hotel room, examining the Hungarian lingerie that I purchased yesterday at the flea market. Are you interested in lingerie?"
I mimed that I was very interested in lingerie. "Good. Maybe you will join me?" Further Noh theatre gestures indicated my consent as we stepped, me bent nearly double, into the gallery.
The Kadriog Palace had, I heard, briefly been the residence of Estonia's interwar heads of state. So modest was Estonia's political class that it had taken until 1938 to appoint a president, and then he had had to seize power and appoint himself.
Welsh nationalists of the time were great admirers of the Baltic states, seeing their rude agrarian independence as a model, and m'Lord President of Wales and the Marches Dafydd Elis-Thomas later championed their captive cause through the long Soviet twilight.
This Quaker cult of simplicity lives on in Jan Morris's "A Machynlleth Triad" and, like everything Quaker, is doomed. It doesn't even have the random, redeeming élan of the Jacobites and Carlists. Mad-hatted feudal Poland survived the war against all odds, as did Regency Hungary and kleptomanic Romania. But the humble, horse-hoeing Balts spent 50 years as an insanitary shopping mall for Leningrad fishwives.
I should have been content to nod at a few "Girl Meets Tractor" efforts in oils then rush back to the hotel and help Beata sort her new purchases with my teeth. Instead I decided to try out my languages and ask a few edgy questions.
In the Soviet Union all checkpoints between the public and sources of fun were patrolled by leathery female War veterans who'd never needed such bourgeois baubles as weapons to dispatch the enemy. Restaurant lobbies, hotel floors, art galleries - each had its attendant Gorgon, her hydrae hidden by a mauve knitted beret.
I approached the Modernist Room Medusa with a caution born of Classical learning and numerous midnight flights from hotel balconies. "Excuse me, I don't speak Estonian," I opened.
"Wha'?" she stirred.
I tried again in Russian. "Can you help me? Is this the room where the Estonian presidents used to live?"
"Deutsch?" she ventured.
"Ja!" I replied, meaning that, yes, I do speak O-Level German.
"Good! You know, I remember during the War when you lot were here. My mother worked as a maid for the Generalkommissar, and he used to review the troops from that window over there. They were so smart! Everything was good, then the Russians came back and ruined it all."
I backed away, smiling, towards the door as she muttered to herself in German. I gave a final wave, which she again misinterpreted.
"Heil Hitler!" she beamed. I grinned like a chimp with rictus right arm as the East Germans filed into the room, turned smartly on their Cuban heels and filed back out again. And like the man queuing for tea in British 1950s horror flicks who's the first to see the monster slither out of the Thames, I could only stare open-mouthed at Beata as she marched past with no word spoken.
Still, the Vinalon alloy socks from the Kilingi-Nõmme goody bag have lasted me to this day.
Posted by No Good Boyo at 11:59 pm 40 comments:

I've a post over at The Dabbler on how Wales can catch up with Scotland and South Sudan in the race to independence - not by being miserable, or fighting some Arabs, but rather through the potency of cheap literature.

It worked for the Afghans, it can work for us.

Read on, then start writing. Our country needs you.