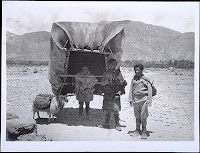 Boyograd [formerly Cardiff] 1 December (Taffinfform): Welsh government spokesman Griff [Gruffydd ap Gruffydd, fab Gruffydd] reacted with customary bemusement to revelations on the WikiLeaks website about levels of corruption and imaginative violence in Welsh official institutions.
"These revulations has totally and utterly come as a surprise to us, and to me, though but," he told punters in an impromptu press conference at the Martyr Dr Phil Williams Memorial Institute of Tantric Studies, Boyograd.
The WikiLeaks publication of tens of thousands of classified US State Department cables included a number of oddly stained pneumatiques from Burlington Arcade III, ambassador [extraordinary and plenipotentiary] to Wales, in which he set out his views on the Cymru Rouge administration and Wales in general.
"Graft is so much a way of life to these people that, after only six months in the post, I find myself slipping the police escort 300 dwris just not to taser me on the can [Welsh currency: 100 tans to the dwri. One dwri = 2 cents or a roofing slate. Can = American toilet].
"Extortion is never nearly enough. It only counts if accompanied by menaces, often of an outré sexual nature.
"I raised the question of kickbacks in military procurements with Defence Minister Anffawd [Iago Anffawd, fab Sieffre Siomedig, fab Gwil Goll]. Have any of you boys at Foggy Bottom ever been keelhauled around a coracle? I guessed not. Item - they're round. It never ends.
"They gave me 30 minutes with a 'fat bird from Carmarthen' then used me as a rudder. We got as far as Lundy [former English island in the Bristol Channel, now used by the Welsh Army as a underwater political prison and weapons testing range] before I agreed to drop the matter."
"We's never heard of this fucker or his so-called, soi-disant America," explained Griff. "We denies these hackersations, and disasorcerates us selves from whatever's going to happen to him in the next week."
"And," he added.
Political analyst John Osmond of the exiled Institute of Welsh Affairs, Chester, said much of the confusion can be attributed to two factors, nomenclature and not really giving a shit [Welsh: malu ffwc ddim].
"The Cymru Rouge manifesto dealt with the traditional Welsh blights of corruption and violence by simply reclassifying them as 'The Economy' and 'Public Relations' respectively. Investment from Eastern Europe and the Middle East seems to have vindicated this policy so far, and complaints from the allegedly late Ambassador Arcade are unlikely to change that," he expanded.
Asked about the current whereabouts of Burlington Arcade III, spokesman Griff feigned indifference to reports of a pair of ambulances bearing the US envoy to the Martyr Shakin' Stevens Cosmodrome, Abergavenny, after a freak accident at the unveiling of the Newport transporter bridge and noyade.
"You might well think that; I couldn't possibly comment," he quipped, "largely because I's monged on 'shrooms, see. But a fiver might get you the audio track of a rocket launch tragedy."
"We didn't eat him," he added.
Source: Taffinfform news agency, Cardiff, in Welsh 0058 gmt 1 Dec 10
Posted by No Good Boyo at 4:37 pm 14 comments:

Scenes from a Pedantic Hard-Boiled Novel

Exiled pedagogue Matthew Ward once proposed a two-fisted actionfest to the BBC, based on the sort of wish-fulfilment even Robert Fisk enjoys. His synopsis ran thus:

"TEFL teacher in Latin America joins the Cymru Rouge, rises through the ranks and is eventually sent as ambassador to Rutheria with his Ukrainian spouse, where he gets involved in cachaça-induced japes and sinister episodes of physical and mental torture. Maybe Timothy Spall would take the lead? I imagine a twenty-first century Citizen Smith meets Zorra Total."

My response as his agent was to aim higher and sketch out a trailer:

Sod the BBC, that's got Hollywood treatment written all over it:

"(Rumbling Voice, over Rio scenes): Far from the Copacabana (cut to snaggle-toothed peasant riding a goat in a top hat) deep in the forests of Ruthenia, there's monkey juice that needs drinking (close-up of cachaça bottle slamming down on a table surrounded by sweaty men in ill-fitting uniforms).

"And here's the mouth that's going to do it (crash-zoom from across a cellar deep into the throat of a screaming man tied to a Medieval dentist's chair).

"(Unhinged woman, stomping towards camera) Helen Lederer is his made-up scary Ukrainian wife who's nothing at all like Mrs Boyo.

"(Gurning thugs yell in close-up) Keith Allen, Ray Winstone and Ralph Brown are the population of Ruthenia, in..."

I took my 12% and, at Madame Boyo's Hegelian insistence, let The Dialectic do the rest.

Three years later to the day, I've come up with the High Concept.

What makes Matt Ward different to other sheath-rending action heroes?
So what's Ward? Why, he's a middle-aged English teacher. So let's work his innate pedantry into the script. There's an untapped audience of librarians, Liberal (not Liberal Democrat) Party activists, jazz afficionadoes and mildly autistic teenagers to tap.

So here's some sample dialogue:

(LA police precinct, a uniformed cop hustles the standard pair of remonstrating whores past an office where some sweaty men in bad suits are discussing their new boss)

Detective 2: Lootenant Ward's the kinda sonofabitch who'll rip off your prick and shove it up your ass.

Ward (striding through the door in horn-rims and elbow-patches): Correction, gentlemen. I am indeed the kind of son of a bitch who'll rip off your prick and shove it up your ass. But then I'd notice that the prick in question had become flaccid from loss of blood, and therefore impossible to shove up any ass without assistance. So I'd take a stick, and I'd use it to work your prick up your ass. I'd take a prick-sticking stick to stick your prick up your ass - capeesh?

Will there be more in the next three years? Like the French Revolution, with me it's always too soon to say.

I'm sure that you will join me and all of Wales, man and beast, in conveying our best wishes to HRH Prince William and Miss Kate Middleton on their impending honeymoon in the Rhodri Morgan Memorial Caravan, Mwnt, before they settle down among the Turnipmen of Anglesey.
This is a particularly happy event for me personally. As attentive readers will know, one of my obligations as Cotsengi and Hereditary Ostler to the Court of Senghenydd is to break in prospective royal brides. My predecessor, Sir Dai Llewellyn , had a pop at the grooms too, but that was Sir Dai all over. Big heart, among other organs, and no stranger to the optics.

This time round I can honestly say that I'm looking forward to discharging my duties, and not just because Princess Katherine's pile at Bucklebury is only a 20-minute drive from my place. I could fit her in one lunchtime and still have time for a swift couple of jugs of Champion's Freckled Johnson down the Tethered Goat before heading back to my desk.
The more pressing matter, however, is what title HM The Queen is going to bestow on Prince William once he becomes a real man. Suggestions from my colleagues include Duke of Newport-Gwent, Lord Barry (although I think that's been reserved for Mr John), the Torch of Wood, and The Real Lord Kinnock. The Welsh Assembly might then have to legalise polyandry again so that the prince could add Baroness Kinnock to his harem. Lucky boy.
Myself, I propose a more radical solution. HM The Queen should strip Prince Charles of the title of Prince of Wales and give it to William. The explanation would be simple:
"Sorry, Charles, but William's earned it. He has a normal-shaped head, he chose his own wife first time round - and without her being married to anyone else at the time, either - and he doesn't talk to the foliage. Enjoy Cornwall, it's lovely this time of year. As they say in Benllech, ciao for now."
Can't say fairer than that.
Any respectful suggestions for alternative titles are welcome in the comments box. They must be royal, and Welsh.
Hwyl!
Cymru Rouge Royal Protocol Department
Year One, Anno Gwylimae 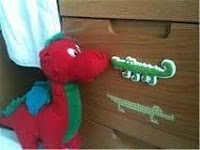