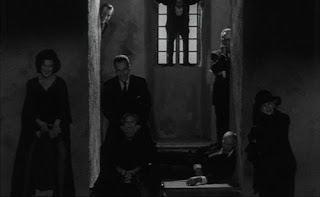 Halloween, like much of modern life, works well in America but collapses like a suet soufflé when we try it over here. Escape if you can. I'm at work, having let Arianrhod loose on the neighbours in the company of some friendly Gypsies, and it's the safest place to be. You think you're alright down the pub, but maybe you're not. Maybe it's a werewolf pub.

To live in Wales is to be unaware of Halloween, as it's like that most evenings, and every village pub is a werewolf pub. So I was delighted to find these establishments existed in England too. Perhaps they still do.

When I lived in Oxford I ventured into the Kite Inn, on Mill St. The sort of place that could easily have been called The Spread Eagle, with a graphic, swinging sign to make the spatchcocked point, The Kite was my near local. O how my heart sang when I pushed open that creaking door and every Morlock within stopped talking and looked at me with a combination of mistrust and hunger. It was just like home.

To be Welsh is at various points in your life to meet some onion-breathed bore who once walked into a pub in North Wales - well, it was a friend, actually - no, the friend of a friend, come to mention it - and no, he can't remember where - anyway, they were all talking English and suddenly they switched to Welsh.

To be Welsh is to point out the extreme linguistic improbability of natural-born Anglophones switching to anything but spirits as the evening wears on. What the mythical traveller heard was not Welsh but bat-hooting mockery - they sound similar.

It is true, however, that people in matching shoes and perpendicular teeth still get stared at. That's what made The Kite so special. In a city like Oxford, where soap and vegetables trickle down from the 'Varsity like syrup in a scholar's navel, there are few corners of crabbed and cussed rusticity left.

I'm not sure where The Kite's customers came from, but their's were faces you could imagine on Cromwell's men. You would not ask them for a latte. An eminent historian told me his father once visited The Kite during the War. "Do you do sandwiches?" he asked. "Only fur 'em as wants 'em" he was told with a mahogany finality.
Were they unfriendly? No, it's just that The Kite was a werewolf pub. The Weremen of England once howled and carrolled on All Souls' Eve, now they polish and porter at All Souls College. Always at a disadvantage when it came to edjucation, these hairer handymen retreated to tanneries where they could gnaw at a hidden hide, and supped in backstreet bars where gentlefolk never strayed. Well, never more than once.
The drinkers at The Kite and other werewolf pubs know we could easily occupy their last lines, so they wait with the patience of beasts for us to down our daquiris and head back west before they draw the blinds, bolt the doors and slip scarred boots off their docked claws.
Caversham is too bonny and alice-banded to host a werewolf pub, but lupine youth would sometimes venture into The Travellers Rest.
It's another tasteful, lightwood eaterie where college girls take their parents for lunch these days, but I remember it as a dank crimson mortuary for broken chairs and hacking pensioners, with one corner a shrine to fruit flies. The staff as such huddled behind a partition and never managed to pull a decent pint in a clean glass.
I spent a lot of time there with Sioba Siencyn and the Dog, wondering why it looked like the Overlook Hotel and had a massive Masonic Lodge bolted onto the back like a bustle of spurious cosmology. Indian burial ground, was Siencyn's theory.
Once we saw the werewolves. In they came one early evening, three lads in white sports casuals and baseball caps. Affable but detached, they sat at the bar and took a lava lamp out of its box. After a quick nod to the pink-eyed bargirl, they plugged the '60s geegaw into the mains and gazed as the turquoise ooze undulated for their pleasure.
I stood beside them for the ten minutes it took to order a pint of Johnson, and overheard their conversation.
"His hair was like Dracula's."
"What, black and slicked back?"
"Nah, all grey and up like some fucking wig."
Something about their caps, seen close up, said that the hair concealed beneath was also grey and abundant.
As dusk fell there came a rap at the window. The lads slid off their barstools as one, picked up the lamp and headed for the door. Curious, I made as for the gents to observe their depature.
Outside, in the shadow of an overgrown hedge, an ancient Ford Corsair estate spluttered as the youths piled in the back. It eased out into the car park, then stalled. It bucked and snarled in the yellow murk.
I wandered over to offer my help. One of the lads wound down the window and asked for a shove. I pushed, and the car started easily. I waved as they drove off. And then, in the gauzy streetlight, I saw their ears.
So watch where you drink when the wolfbane blooms. You may wish your fellow-drinkers were speaking Welsh after all.

Labels: "And on her broad bosom shall they ever thrive"

Oxford pubs are not like the normal sort. I was once at a singers' night in a pleasantly rough-ish drinkery down the Cowley Road when a young aspiring mezzo asked me if I could bash out Schubert's 'An Die Musik' on the beer-stained piano as backing for her highbrow warblery. Glad that I had the piano behind which to hide if and when the bottles started flying, I complied.
The assembled sons of toil - migrant Irish labourers for the most part - listened intently and applauded warmly at the end, after which they started shouting requests. "D'ye know Gretchen Am Spinnrade, luv?" one of them yelled at us.
Never prejudge, and always have a piano to hide behind, just in case...

For a bit of howling karaoke I recommend the White Horse in Llandeilo. No trick or treaters would ever dare enter here - unless they were fur and fang enabled of course.

Respect due to the Mesopotamia Posse, Gyppo. There was one chap down The Kite who could sing barbershop. On his own.

The Royal Oak in Rachub, Politico. Interesting Welsh Werewolf Pub Ffact: The exterior of The Slaughtered Lamb in "An American Werewolf in London" is a house in the village of Crickadarn in the Brecon Beacons. Lovely.

And of course the Pitt Rivers in Oxford where the Weremen gather to study the finest selection of shrunken heads in Christendom (Me and me nephew love it anyway...)

True, Dewi, little Arianrhod likes it too. We call it the Pit Hiviers Museum, because it all looks so tasty.

I really like your blog!!! I link your blog from mine.

I grew up (in a manner of speaking) in Norfolk where 75% of pubs are werewolf pubs.

I would particularly recommend the "Royal Oak" in Poringland in this respect.

Pop, Jon, you both appear to be Fensmen. What's there werest place out there? My chum Ward reckons the Isle of Ely. "It's not an island, but we're all too frit to tell 'em" he confided.

Caligramas 2.0, congratulations for linking to me! You are now on the New Good Boyo Linkage Probation List. Your blog will be monitored for adherence to the principles of Cymreictod, Marxism-Boyovism and use of the word "gwobr". Rejection will be made this basis and this basis only, pending a bung.

And the house style on this blog is Caligramas II.

The Isle of Ely is crawling with were-creatures, but for me the scariest place is a small incest-rich village called Hempnall. All the inhabitants are related to the same sheep and have spooky wandering eyes. On a full moon, they take themsleves off to the common and strip naked before smearing themselves with raw chicken entrails and howling madly at the night.

Scares the bejesus out of me and is one reason why I moved to France.

Hempnall, eh? Is this the place?

Hempnall is a hotbed of post-modernist culture compared to Swingbrow (yes, Swingbrow) near Chatteris. God help me, I wish I could forget.

Thanks for the tip, Hereward. The name is a bit of a giveaway, isn't it? And I speak as one who was disappointed on a recent visit to Maidenhead.

Thanks , I've recently been searching for info about this topic for a long time and yours is the greatest I have found out till now. However, what in regards to the bottom line? Are you sure concerning the source?

Feel free to surf to my site; Abercrombie & Fitch

That is very interesting, You are an overly skilled blogger.
I've joined your rss feed and sit up for in search of more of your excellent post. Also, I've shared your web site in my social networks

Here is my site; http://wealthwayonline.com/

Ahaa, its fastidious dialogue concerning this post here at this blog,
I have read all that, so at this time me also commenting at this place.

Hello! I know this is kinda off topic but I was wondering if you knew
where I could find a captcha plugin for my comment form?
I'm using the same blog platform as yours and I'm having trouble finding one?
Thanks a lot!

Here is my web-site - vaping ecigs

My developer is trying to convince me to move to .

net from PHP. I have always disliked the idea because of the costs.
But he's tryiong none the less. I've been using Movable-type on
a number of websites for about a year and am nervous about switching to another platform.
I have heard excellent things about blogengine.net.
Is there a way I can transfer all my wordpress posts
into it? Any kind of help would be greatly appreciated!