A Drunk Welshman Looks at the Thistle 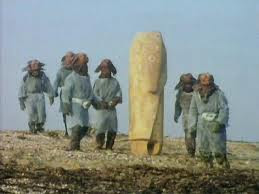 One of the many services The Daily Mail provides is a sort of rave environment for excitable Tory historians. One minute we have Dominic Sandbrook deriving a little too much pleasure from the prospect of another European war, the next it's "Max" Hastings and visions of China clattering its rice bowls through the Outback.

The latest and best comes from shiny-faced Kiplingite Andrew Roberts, who lives up to his flummery-stirring Welsh name with an nightmarish vision of horror that is an independent Scotland.

Dr Roberts certainly puts the Pollyanna Picts in their place with a trim timeline that takes Scotland from the uxorious bosom of England to a freezing Chinese fiefdom in five paragraphs, shedding Shetlands and Highlands as it sinks into satrapy.

Unlike his beef-cheeked stablemates, Roberts allows himself the odd jocularity: He coyly wonders why the Scots should scramble for freedom in 2014 before blithely slipping in a mention of "Britain's Prime Minister George Osborne".

Nonetheless, the good doctor is clear that the only people in the world who might want an independent Scotland are the Scots and the rest of Britain, so that can never be allowed.

This idea of "divide and rule" has been cropping up everywhere since the Romans tried it on with the Greeks, and we in Wales know it well. The English have at various time essayed:

But our own glorious S4C television channel pre-empted this move through two decades of nurturing staff capable of braying about raclette grills in three degrees of Welsh, thank you very much.

So Wales endures, though Westminster still covets our petrified forests and access to the gods.

The poor Scotchmen face a tougher task, for the English have noted that, like Lincolnshire, Scotland is divided into three geometric parts:


A crypto-Celtic creature like Roberts has read a book or two as well as writing them, and knows the English can play the Teuchter tectonic plates to their fey advantage. "You, I say, you there!" they will wave in the general direction of the Highlands, "These Lollards will swap your skirts, offal and homebrew for 'track' suits, fried 'tatties' and opiates. They've done it to us - don't let them do it to you."

This may not succeed, as Highlanders, like the Welsh, are suspicious of human contact. England may be on firmer ground, albeit not literally, with the Orkney and Shetland islanders - or "Arcadians and Shedsevens" as they put it in their putty-lipped pretence at Danish.

The Northern Isles have historic links with Norway, in that the Norsemen got rid of them as a dowry for one of the pallid child brides their royalty would send Scotwards in leaky boats. And the Roberts Gambit is based entirely on the Orkneys and Shetlands' escaping from the clutches of Fu Man Salmond into Oslo's rollmop embrace.

This all depends on whether the Norwegians want the Isles. After all, they already have enough oil to provide a tugboat for every troll, and more crinkly coastline, gamey sweaters and bad-tempered fish than modesty requires.

Nor do the Northern Isles have much else to recommend them to prospective conquerors. The modern Shetlands and equally unappealing Orkneys are little more than a dreary pointer for bum-crazed Russian trawlermen that Aberdeen and its ample supply of raw spirits, non-seagull-based cuisine and bipedal womenfolk are not far away.

The nearby Faroe Islanders have virtually no booze or telly, speak a cleft-palate form of Norse, and club whales to death with their own weirdly misshapen members for entertainment of a rare summer evening. Yet they have a government and distinct culture.

What do the Northern Isles have? Single nostrils, the odd auk, swan-guzzling tunesmith Sir Peter Maxwell Davis and the occasional burning boat. Their habit of voting Liberal-Democrat hasn't looked so cute since the coalition government took over in Westminster, either.

Before applying for admission as Norway's second overseas empire, the Isles might ponder why Norway can't be bothered to wrest the fun-loving Faroes from Danish hands in the first place.

In short, there is little evidence that Oslo would want to take on Scotland's dangliest archipelago.

As for the Orkney and Shetland, despite the disadvantages that geography, eugenics and the fickle Christian god have rained upon their salty skulls, they will always find a way of using that direct line to Ragnarǫk.

A friend once told me of a government decision to start charging schools in the Northern Isles postage for sending their examination papers to Edinburgh for marking. There were complaints, so the Scottish Office agreed that they could send the papers to the nearest city for free and then the government would pay postage from there.

So the local schools posted all their exam papers off to the nearest city. Bergen.

"...will lend Scotland every assistance for the sheer devilry of annoying the Tory Party."

That's certainly why I am putting my shoulder to the wheel. I await the day when the chinless wonders are stripped of their grouse moors and salmon beats with eager anticipation.

I appreciate that the above may then be sold on to the Chinese to help settle Scotland's staggering debt mountain, but the look on the face of their former owners would be a picture.

Too right, Jon. It worked for Samson, it works for me.

Scotland is a polarity of Rab C. Nesbitt and Lars von Trier's Breaking the Waves, just as England appears to be (but maybe that's just the telly) a polarity of Shameless and Jane Friggin' Austen. I suggest moving the first named types together and the last named types together. And though I know that I really should care where, I'll be staying here in Transylvania where the legacy of communism and mutual petty larceny has ensured that everybody remains equally poor and miserable. Good day to you.

Splendid idea, Gadjo! Stalin tried something similar when he kept Russian cities for gruff proletarians, the Caucasus for himself and packed all the remaining toffs, farmers, god-botherers and smart alecs to dumps like Siberia and Tartary. The Coalition needs to be open to old ideas.

One of my former wives was half Scottish. Says it all really.
Sorry to abuse your hospitality Mr Boyo, but does anyone know what has happened to Clarissa Pouncer? Not a peep anywhere as far as I can fathom since late spring of last year. I do hope she is alright.

Dear Ron, dare I asked what happened to the various ex-Ronettes?

Mrs Pouncer is very present on The Facebook, and has allegedly married the fearsomely Glaswegian Dr Maroon, whom Gyppo called the "rudest man I've ever met". I can only hope that Mrs P has blunted his edge on her magnificent curves.

Ron is Duke Bluebeard, Boyo. I also hope that Mrs. P is alright and has found (though hopefully in sensible moderation) the fantasy-based excitement that she craves.

Ron should stand for the US Republican nomination. He'd get both my votes.

I just wish that the idea of what other people find beautiful would stop being so all-consuming for some people.

Sometimes, items come premixed but still have less packaging.
There are several Beauty product
distribution agencies all across the world and to ensure
fair competition each one of them caters to a particular region and to a particular
type of distribution channels.

Serious hobbyists and sports athletes take time examine
painting products related with different companies, posting a lot more body
weight upon select attributes than the others.
Today, many of these events are far less formal than those of the
Victoria era but no less wonderful. Realistically you cannot completely eradicate
insects from your garden and plants as they are highly adaptable to man
made pesticides, therefore controlling insect infestation should be the goal.

Upon examining some etymological dictionaries, one
can conclude that games are a creative expression of the human spirit
through the creation of an activity that has an entertaining, instructive and competing element.
Port forwarding lets you specify which ports the game needs to perform at
it's best. It is recommended that the golfers select those putters with which the golfers feel good and works well with their gaming pattern.

Even though Carwin lost the fight, you have to admit that he
showed some heart because he did last three rounds with Santos and Carwin proved that he can take one heck of a beating.
ufc 174 stream Sanchez with Mike Pierce
he went the full three rounds. 'I knew Jack was a tough opponent
but I get stronger as the fight goes on.

It's awesome to go to see this web page and reading the views of all colleagues regarding this piece of writing,
while I am also zealous of getting know-how.

Hi, i think that i saw you visited my web site thus i came to “return the favor”.I am attempting to find things to improve my web site!I suppose its ok to use a few of your ideas!!

My relatives always say that I am killing my time here at web, except I
know I am getting know-how daily by reading thes fastidious
articles.

Hi there! This is my first comment here so I just wanted to give a quick
shout out and say I genuinely enjoy reading through your posts.
Can you recommend any other blogs/websites/forums that go over the same topics?
Thanks a lot!

Take a look at my site :: show homes ideas (www.homeimprovementdaily.com)

Hey there! Someone iin my Myspace group shared this site with us so Icame to give it a look.
I'm definitely loving the information. I'm book-marking and will be tweeting this to my followers!

The gratitude of every home in our Island, in our Emρіre, and indeed througɦout the
world, except in the abodes of the gսilty, goes out to the Britіsh airmen wɦo, undaunted by odds,
unwearied in their constant challenge and mortal danger, are turning the tide of the world war by thеir prowess and ƅy theiг Ԁevotion. Never in the field of human conflict was so much owed by so many to so few.

It's in reality a nice and useful piece of info. I am happy that you just shared this helpful information with us.
Please keep us informed like this. Thank you for sharing.

Wow, incredible weblog format! How long have you
been running a blog for?you make running a blog look easy.
The entire glance of your site is fantastic, let alone the content!