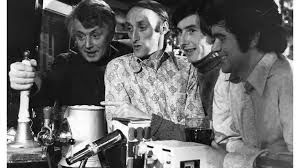 Owls can be passively gay if they can find a duck who'll service them, but a duck who'll do it has not yet been observed in nature. Where does one start with Japanese women? I like to start with the noises they make.

All useful stuff, Bananas. There's enough here to get me through an evening of setting general knowledge back 50 years.

A pint and some nuts is cheap at the going prices. Count me in. And where indeed does one start with Japanese women? Inquiring minds want to...

I'll have to lead up to Makura no Soshi via football stories involving German goalkeepers who played on after decapitation.

You might comment on the order system of the blog. You should chat it's splendid. Your blog audit would swell up your visitors. I was very pleased to find this site.I wanted to thank you for this great read!!
One Machine Learning
One data science
Bissi.Global