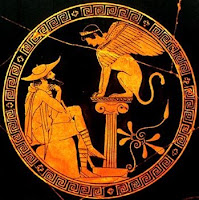 Gyppo has recalled an incident where the trip-switch between his brain and mouth failed, with potentially incendiary consequences.
Many a young blade has been felled by this fault, as was landfall-in-motion Neil Kinnock.

I remember his being interviewed about the Falklands not long after he became Labour leader. The BBC pencil-neck said something about Mrs Thatcher having shown "guts" in her conduct of the war.
"Oh no!" I wailed "Don't do it, Neilo! Don't throw it all away for the sake of a quip! It may sound droll to you, but the press and public will know you for the twat you are and we'll be Thatched for ever!"
He clearly couldn't hear me from the depths of my Swansea petri dish. "Pity so many soldiers had to leave theirs all over the Falklands so that she could show she had guts, innit, eh? Lovely!" he drivelled.
"So that's the 1987 election we won't need to prepare for then," sighed the Gnomes of Walworth Rd.
How many more teeth might we all have between us if we'd not essayed that witty attaque au fer on the collier in the Sketty Arms and just agreed that we were, on balance, probably a passive homosexual with English tendencies, and inquired whether it would nonetheless be alright to buy him and all his other little Scargills a few drinks each?
The gob of shite is a shute that shuttles us down to many circles of Hell:
And all because the Shadow didn't fall quite fast enough between the essence and the descent.
The tightest circle of all is reserved for those who put the bon mot before a good bedding. We have all enjoyed George Bernard Shaw's reputed exchange with Isadora Duncan.
"With my looks and your brains, what children we could produce," cooed the doomed hoofer.
"Ah yes," parried Shaw, "But what if they had my looks and your brains?"
It took the sturdily demotic Mary Whitehouse Experience to follow the scene to what all men know was its logical conclusion:
Shaw left the salon in a glow of applause and laughter - laughter that turned hollow as he slowly doubled up, clasped his head in his hands and moaned "Oh no, I can't believe I just turned down a sure-fire shag!"
I too have crept around that circle many times, and if only it had been my head in my hands.
The moment I recall most frequently from the forced march of my love life was a Russian literature seminar at the University of Wales's concrete country knocking-shop, Gregynog Hall, back in the 80s.
A fetching lady lecturer of a certain age and bouyant embonpoint had caught my bloodshot, ravenous eye one morning during her paper on the "Anal Triad of Nikolai Gogol". Later at elevenses she was fussing happily over the coffee jugs. I approached, cup in hand.
"Shall I be mother?" she simpered.
"Only if I can be Oedipus," I leered. The room fell silent, and my pasty features gurned back at me from a row of unforgiving tea urns.
"A fence for wisdom is silence", said shepherd and sage Rabbi Akiva (Ethics of the Fathers, III). He may have added that this fence can serve as a ladder to a primo bunk-up too, but the Mishnah does not record it.
He would not have approved of pretending to be a Greek pervert, either.

Ah Boyo, mentioning Oedipus was far too obvious. A sly Bondian rejoinder with a hint of double-entendre would have had her cooing like a dove for your manly embrace. As for Kinnock, I'm sure he mentioned a green goose in that infamous riposte.

Excellent, Boyo. And Rabbi Josef Karo recommended "a voice only audible to oneself" for the Amidah. I wish I'd remembered that at Joe Allen's on Friday night, believe me.

Lord, Lord, I've stumbled across a blog using a language I'm normally fluent at only to find that I've been speaking gibberish... I'm a bit hung today, but this was the jolt I needed to - to...
I'm going to need more coffee and a pack of cigarettes. This is all just too much today.

I've linked to your blog from my own.

Fawning done, now to the bath and trophy-cig-butt scrounging.

There's worse than the nun incident in my past. there was, for example, the young lady who made the mistake of giving me an unmissable punchline in the throes of a postcoital glow.

I never saw her again.

If Mrs. P. were around you wouldn't be allowed single entendres like "it's all coming back!"

The Kinnock quote I recall was: "The only guts Colonel H showed were the ones he left at Goose Green." Wasn't it in parliament, way before he was even elected Labour leader? Admirably frank for someone with aspirations of becoming head of state.

Admirably frank for someone with aspirations of becoming head of state.

I had no idea Kinnock was plotting to become Queen.

Ahh, fine. The Oedipus line was good though - I know a few Isadora's who could've been happily perved by it!

Fair's fair, I have to give Kinnock credit for doing the spadework required to prepare the way for Our Tone.

Ah, the memories! The downside is that dingy bar in the basement, with a long pew along the back wall that wouldn't have been out of place in a Calvinist chapel. Ample supplies of magic mushrooms in the grounds (though best not consumed while drinking in the bar).

GB and Pop, I bow to your clearer memories. I had a feeling Goose Green was involved, but didn't recall his mention of Honorary Welshman Colonel Jones. Another black mark against the alleged Kinnock, in addition to his newly-discovered and treasonable claim to the Throne of England. Is quartering too good for him?

Mrs Pouncer, welcome back. I believe the Shulchan Aruch has much advice on how to spend Friday evenings.

Pearl, smoking in the bath is one of the great lost vices of our time. Turkish cigarettes in Turkish baths are a good way of meeting interesting people.

Francis, the Gregynog bar. The Russian department outings would always start with a £50 float and end £200 in the red. Appropriately enough. We'd have a whipround before they'd let us get on the bus.

Kinnock never mentioned the late Colonel Jones VC. His exact words were "It's a pity other people had to leave theirs at Goose Green to prove it".

I'm grateful to the serious Kinnock scholars out there like Taffhead for correcting Pop's slanders.

Are you one of the Llandrindod Taffhead-Jones, by the way?

Kinnock's plot to become Queen was foiled when security halted the Welshman and three old schoolmates from Tredegar wearing black leotards and wigs from entering Freddie Mercury's mansion at 3am armed with nothing more than two guitars, a set of drumsticks and a half-empty crate of Brains Bset Bitter while singing the valley version of We Will Ruck You. After Mercury fell tragically at Goose Green, his band mates kept up a constant vigil to prevent another coup attempt, but by then Kinnock had lowered his sights towards the Labour Party leadership.

Look, with Mrs P not around at the moment, somebody has to go off-topic, keep the off-topic end up so to speak... I aplogise for not having the same chuputz... I'm trying... it's hard.
Sx

Kinnock shouldn't have done that beach scene, the one with the wind in his hair, either.

Was it a duffle coat Wendy? Yes he looked a bit like Paddington Bear...
Sx

Let's keep it real, ladies. The late Madame Foot assures us it was a car coat, an agreeably quaint garment one would associate with gloves, goggles and a flat hat.

As for you, Pop, I can only assume you found that lost bucket of Montezuma's Curse.

Scarlet, there is confusion because Comrade Foot himself called it a "sort of duffle coat". The photograph supplied herein shows that it had buttons. No toggles in sight:

Scarlet - I used to have a duffel coat with a hood AND toggles. In around 1982, strangely enough....

I see a whole new fetish developing. With its own journal - "Toggle Talk".

Why don't you two get a Volkswagen camper?

I too, had a duffel coat with toggles... and I too can confess to a liking for camper vans...
I like a man who knows how to wrap up warm...
Sx

O Scarlet, woman of my dreams! Tell me you won't insist on the camper van having a valid tax disc. That would reduce my pleasure...

The Duffel coat was named after a small town in Belgium, between Brussels and Antwerp. I know that because I passed through it on the train.

An out of date tax disc will be fine... better than fine! We can pick Daphne up from the station and head off to see Mrs P.. I'm sure Mrs P would like to see the camper van [orange - split screen]. Then of course we should go to Wales - just to see how the van copes with the hills...
Sx

You need to be both wearing nice beige cardies. And somebody needs to be carrying aniseed balls.

And you've got to take various musical instruments with you in this camper van - a flute, a djembe and an acoustic guitar with lots of stickers on it - and play them, badly!

...or being Gyppo's van in any strictly legal sense.

Excuse me - I'm a Didacoi not a hippy! It's quite a different spin on the camper van thing...

I can play my saxophone! So we now have a band in a camper van, NOT being hippies... because we'll be wearing beige cardies...
Sx

GBS was a nerd: one who'd rather be right than get laid. (Yes, it takes one to know one.)