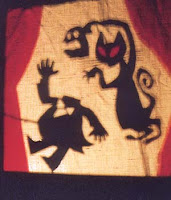 We made it. Everything had been stacked against us: physics, gravity, reality, Switzerland, and most of all ourselves. But here we are, present for duty and ready to comment.

I assembled a crack squad of Guardian commentators to lead the assault on Mrs Boyo's bank vault via the west face of Lake Geneva:


Fringe groups claimed we'd not been kidnapped at all, and produced photographs that allegedly showed missiles attached to Brooker's undercarriage.

Some simply called for our escape committee to declare solidarity with Venezuela and wear orange Gitmo jump suits. Three followers of David Icke said I was a lizard but tagged along anyway, casually offering me insects from time to time.

Everyone felt we ought to understand Russia's position more.

It took a while, but Queen's Regulations, invocation of "Che!" and Clark's recital of his favourite parts of Dad's Army licked this rabble into the finest body of fighting men ever to have littered the website of a left-liberal newspaper with misspelled anti-Semitic rants and random comments about "AmeriKKKa".

Years of monomania, pathetic delusions and crouching over their computers in darkened rooms had adapted many of the trolls to burrowing work - their moleish tunnel vision, incisors enlarged by tearing open packs of durritos, and ample supplies of self-belief and body fat had them gnawing through the subterranean walls of Creditgewalt Ruthenien AG in no time.

They were helped along by Capt Wheen's stirring speech, in which he mentioned that Mrs Boyo had backstage passes to the Geneva 2009 UN World Conference against Racism stacked in the vault.

What we saw when we finally broke through was almost more than human sanity can bear. Squatting on a throne of miners' helmets was the bejewelled, henna'ed, deranged majesty of Seamus Milne.

He rose slowly, and we fell back in horror against a tide of cowering trolls. He raised his bangled glove and all fell silent. Then he spoke.

"Howl ye, mortals, for the day of the Milne is at hand! First, we shall ask Osama in as guest editor again, and all you trolls shall dance and laugh and comment and agree with one another! Vorwärts!"

At this he rushed towards the hole in the floor of the Earth, the trolls swarming around his habit.

But then, as he was about to launch himself into the inky ether, the three Ickeans seized his wings:

"O Dark Hero, it's a trap! Bush, the Queen and the Rothschilds will make you their scaly minion. We shan't let you go!"

They dragged Milne down into the depths of the lake. The last light of Wheen's pate glanced off his cheekbones as he sank back into the murk from which he had never fully emerged. His last cry was "Curse you, Blair!" It's what he would have wanted.

We survivors parted in the bank lobby, where an understanding under-manager said he would be speaking to Mrs Boyo about keeping "vilde chayos" in their vaults.

We know we can never tell our story, but rest content that he saved both sides of the Earth from a loathsomeness that would have put every teachers' staff room in the land at its decayed command.
Posted by No Good Boyo at 9:25 am

I did notice you taunting, or possibly flirting with, these dark forces from Mordor, but I didn't expect a full-blown collaboration. If they end up invading the Shire we'll know who to blame (not Mrs Boyo).

Switzerland can seriously fuck you up. This much I know.

Dear old Boyo I remember a television programme once, many years ago, that featured a vault pumped full of nerve gas by some bad-shave ruffians, and it was fastened with a left-handed chromosympathetic ratchet-valve time-lock. And we asked our father "what is a left-handed chromosympathetic ratchet-valve time-lock?", and he gave us a look that said I Wish I Had Had Sons.
How gung-ho you are! The Thames Valley salutes you.

GB, a man has to stand up, even if his geographical location means he's standing on his head. The Eloi are safe for the time being.

Francis, you're not wrong. What sort of a country is it? "Am I France, am I Germany, ooh, I'm a bit confused, and curious." Now at least we know what it's there for, to keep the portal to the dark side firmly shut.

Mrs P, delighted to see you're back. Our victory over the Milneinerians was due to the pluck of Wheen and the spunk of Brooker, plus the sheer bulk and musk of the trolls. Clark kept our spirits up with his jaunty defence of Balkan beastliness. I, being a father but not yet a Dad, simply recorded our feats.

The portal to the dark side is not firmly shut. It leaks, otherwise we would would hear nothing of the creature that is "der Schwiiz". Occasionally, "der Schwiiz" sends out siren tentacles to ensnare Welshes and other Europeans of good faith. A decade later and I have yet to make a full recovery.

Didn't Polly Toynbee get a bit part in the action (or am I hopelessly behind the times)? Julie Birchill is the antidote to Switzerland, oh surely.

Flattery will get you everywhere, Mr Dilo.

Switzerland is merely a cold, lumpy version of Singapore. I trust you planted explosives under it while the chance was there.

Polly Toynbee is a pillar of The Guardian proper, Gadjo, and I imagine maintains a patrician distance from the CiF smellysocks. Julie Burchill has left The Guardian for the oxygen-starved heights of The Mail. She is to be found on the other side of the Moon these days.

Gyppo, Switzerland is safe while Madame Boyo keeps her gold karbovantsy there.

Francis, is the penguin a reference to Wales's historic claim to Lundy Island? Puffins to me are just a sort of pokemon penguin.

Puffins to me are just a sort of pokemon penguin.

What vile calumny is this?

As for the penguin, this is to remember the wonderful time I had working in the Arctic.

Ha! I remember that post. Crule but fare, Sedgemore.

Life can't be easy with a private education.

I can't help reading Volavérunt as Vol-au-vent. You can tell that I grew up in the sixties and seventies, can't you? Terribly sad.