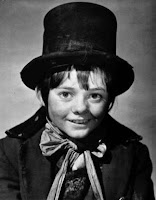 Jana Bennett has quit as Director of Vision (meaning TV, film and, in Wales, the magic lantern) at the BBC, and Mrs Boyo is thinking of bidding for her place as part of her own long stomp through the institutions.
I've given her my lists of programme ideas (transliterated into Glagolitic), but La Boyo feels that we need to appeal to something slightly above the crone-dunking demographic.
Not wanting to lose the audience my scheduling will have gained the BBC, I propose using some of its established lint-gatherers in settings at once intellectually more challenging yet viscerally satisfying.
My first idea is You're History, in which a modern TV sweatsack will try to repeat the historical actions of a famous namesake.
Now, given that the British public's knowledge of history is restricted to the Nazis, Blackadder Goes Forth and Sunday teatime abdomen-rippers like Khartoum and the gay classic Zulu, this ties us down to re-enacting Great Humiliations in British Imperial History, the Somme and The Holocaust.
Consultations with my legal adviser, the K Man, and a glance at BBC funding have pretty much ruled out trench warfare and genocide, so it looks like a series devoted to men in over-elaborate uniforms getting their moustaches caught in harem portals, and the odd reassuring bayonet charge. So be it.
The pilot programme will feature Eastenders tribute act and No Good Boyo favourite Danny Dyer, who will attempt to follow the clattering spurs of Brigadier-General Reginald Dyer.
"Open Fire" Dyer had commanded a massacre of unarmed civilians in the Indian city of Amritsar in 1919, an action for which he never expressed a moment's remorse. Churchill called it a "monstrous event". It marked the beginning of the end of the Raj.
Dyer Junior will not be expected to shoot anyone, as the whole You're History series will be imbued with the BBC's twin commitments to cheering up foreigners and saluting the health and safety flag. And Dyer doesn't look as if he could really handle a .303 Lee-Enfield, to be honest.
No, young Danny will track down some dagger-happy Sikh toughs and, armed only with a volume of Ruskin's "Unto This Last", an Indira Gandhi t-shirt and his stubbly little face, seek to engage with The Other.
It is my conviction, both creative and possibly criminal, that the ensuing documentary will have something for viewers of all tastes at home and abroad, and perhaps the more idle elements of the Animal Kingdom.
We may even want to project it onto the bland face of Venus as part of my campaign to persuade extraterrestrials that we genuinely mean no harm.
And if that's not Speaking Peace Unto Nation, then I'm Lord Reith's sporran fluffer.
Posted by No Good Boyo at 10:02 pm

I can see no wrong in this and look forward to seeing Hannah Gordon's spirited re-enactment of Stanley Baker's Last Stand.

This Danny Dyer fellow is the kind of East End guttersnipe who would refer to the Sikhs as "nappyheads", which might provoke riots in Southall. The tongue can be deadlier than the bayonet, Boyo. And I'd like to know who the gayers were in Zulu. You shouldn't be making throwaway remarks like that about a film with singing Welshmen.

Dyer was the O/C at Amritsar but the actual shooting was done by gurkhas. My idea? "Oliviers Army" a crack squad of thesps from the RSC are parachuted behind enemy lines (cont p.9)

And why, pray, have you posted a photo of McChe in his Enlightenment Man costume? I look forward to seeing Anne Widdecombe following up her triumph in Strictly with a spirited portrayal of Boudicca taking on the hordes of Lithuanian and Chinese fruit-pickers in the Norfolk flatlands.

These are inspired ideas, folks. I think the Zulus were all gay, as they dressed like the Red Indian out of The Village People. There's a lot of homophobia down there, which is usually a sign.

Gyppo Byard studied tarring at Newbury Uni, but knows his military history - used to sell surplus tank tracks to garden centres or something. He says it's a myth that there were Welsh soldiers at Rorke's Drift, which surprises me given that we make a habit if losing to the South Africans.

I select my photos by the Burroughsian technique of opening the family album and wielding a random hat pin.

Hannah Gordon handled that Welsh bloke in My Wife Next Door, she could totally charm the fuzzy-wuzzies. They likens blonde in those parts, and respect age.

Any word on your Asian-themed athletic reality show, The Weakest Chink? Your idea about making contestants compete for food and water fits with the zeigeist of our new government and may stave off further diversions of our license fees to the Young Conservatives Yachting Society.

The Weakest Chink? Is that really one of mine? I'm a worse person than I thought. Excellent?

"making contestants compete for food and water", eh? Now that the Chinese government has all-but abandoned Communism it would be tasteless of us to give it a go.

There is mileage, I hope, in "Burma Shave" - we persuade Hoxton hipsters that sandpaper depilation of the nethers is the latest thing, endorsed by millennia of made-up Buddhist wisdom.

Zulus and gayness. After a battle they held that the souls of the enemy were inside them and could only be freed by buggery. (Anthropology 101).
South Wales Borderers? Mostly Welsh.

Drawn hither by the taking of my name in vain (or at least intravenously), I feel it my bounden duty as a keen popper of myth bubbles that the chaps at Rorke's Drift belonged to the 24th Regiment - subsequently designated the South Wales Borderers - but which at the time was not notably Welch. In fact, they were an eclectic bunch but with more Brummies than Welshmen. The singins bit is pure filmscript. As is the notion of two noble officers organising the defence - both officers were noted twits and the NCOs actually saved the day.

My ideas for the series, incidentally, would involve Paul McCartney visiting China, refusing to kow-tow and leaving empty-handed, comedian Stuart Lee being defeated at Gettysburg, and Evan Davis visiting Moscow to recreate the oppressive rule of Tsar Evan the Terrible...

Gyppo, these are splendid contributions. You can pitch your vardo in my ha-ha anytime.

Bromhead was deaf and would fail an army medical today.

Not in the Free Wales Army he wouldn't. We have always been proud of Dai Dall, the blind commander of the Plynlimon Military District. He wore clown's shoes so that he could feel the cliff tops. Noted as a fair commander, Dall's tactics always ensured that as many of his own men perished as the enemy's.

I recall that from the memoirs of the delightful Lt-Col N.M.E. Adthy-Gates that Dall's 1967 assault on Ludlow was acompanied by a monocled Indian-army type bearing a Maxim Gun in each hand and bellowing for gin.

The defeat of the FWA by the local poursuivants was followed by the Welch prisoners - Dall included - being treated with the traditional honours of marcher warfare, i.e. being drowned in buckets by Gypsies after having their valuables removed "for safe keeping".

My uncle Cribbo still has a bent thruppeny-bit, three paper clips and a lump of coal that he is still keeping in case relatives of a gentleman apparently named "Lance-Corporal Dai Arghsploosh-Flubbleflubbleflubble" turn up to collect them.
Happy days...

Ah, the Lay of Ludlow. A total rout, but nonetheless the high point of Dall's career.

The drowning went unnoticed at home, as Mrs Dall was deaf and "he'd never liked moving that much anyway". RIP