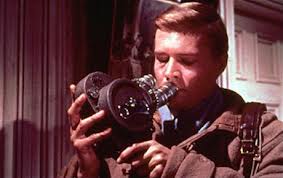 Done! Up at the top - says "share" rather mysteriously.

It works! I feel like Dr Frankenstein more than ever.

Still and all I do enjoy the Scrabble.

Where do I erm... pull sign up for the UDDERS?

I say, NGB, that you were rather too free with airing your ideas, and that the FB staff is feverishly implementing some of them ideas right now, what with their boss not having any for quite a long time (I heard that marital bliss tends to do that to people).

As for your sharing button: I am afraid that you've stuck it in the wrong spot, where it shares the whole blog rather than a specific post. So I just tweeted the post, using my own button.

Which means, by the way, that people are distinguished these days by the set of buttons they use.

I admit I'm defeated by most of the new Blogger applications, and will have another look, Snoop. Thanks for putting me out in Twitteria, though - I must go back there and see what's up.