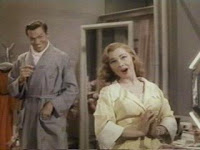 The mighty Counterknowledge site has done the world another favour by reminding us that the Flat Earth Society is still there, holding aloft the stationary disc of Truth.

Flat-Earthers, as the site points out, do not like the name being used as a term of media abuse like Tory, Zionist or White Working Class. Let us call them Horizoneers.

Horizoneers are not pudgy Kennedy Grassyknollers or goateed 9/11 Truthers. The latter can spin a skein of half-truths into a sticky candyfloss blob that threatens to engulf all Mankind and the Intern Net, like Prof Quatermass's Experiment.

TV presenters, actors, Willie Nelson, Robert Fisk - in short, the people we've learned to emulate since the demise of non-Islamic religions and universities that teach stuff - they're all suddenly "just asking questions" about explosions controlled by giant owls from the Bilderberg Group etc.

Not Horizoneers. They don't need to pervert simple truths to their own sick ends. They have dignity. They simply ignore everything that suggests the world isn't a circle without a beginning. Physics - out. Australia - it's somewhere else and full of liars. Planes - they go round and round. The Moon - it's just tethered off Holyhead. Google Earth - shove it up your arse.

(Except that The Flat Earth Society would never be so demotic in public. Its members belong to that select group of people who still write "whilst". Other members include Sir John Major, Daily Mail letter writers and members of the British National Party who like to be naked at the computer.)

Horizoneers pass the Crimea Test. If faced with having to charge into their own Valley of Death, Truthers and other conspirators would suddenly recall serious misgivings they've always had about their ratfaced little theories and run honking from both ends into the embrace of orthodoxy. Not the Horizoneers. They'd ride straight in. That's why they are magnificent.

I once lost an argument with the Dolgellau Branch of The Flat Earth Society (Cymdeithas Y Ddaear Wastad) at the bar of the Cross Keys, considered the town's intellectual hub because of the gravitational pull of the neighbouring Free Library (closed 1978). Les Maip Môn, a retired lead thief from Anglesey, set out the disky case succinctly:

"A Harrier jump jet takes off over Dolgellau, and hovers. If the Earth and Moon are spinning about like a pair of bollocks in a washing machine like Boyo Junior says, pilot just has to sit tight and he'll travel all over the shop without moving. But, because they're flat, he'll not move from Dolgellau. Case closed, your round."

I tried in vain to counter this, but felt like Patrick Moore in a roomful of headhunters. I went for a little walk, came back, and decided they were probably right.

Horizoneers don't "just ask questions", they provide the answers. And that, in this modern world in which we're living in, is a rare commodity.
Posted by No Good Boyo at 10:46 am

I used the word "whilst" immediately before the words "Welsh nationalism" in my post of 4th August. It started off as "while", but an unseen power commandeered my fingers changed it. I must have been channelling your muse as she blew the germ of this post into your subconscious. The Flat-Earthers have dignity, unlike Fisky, who even made excuses for the Taliban supporters who beat him up.

You are forgiven, GB. We all make mistakes.

Fisky's "If I were a deluded savage I too would have had a go at Bob Fisk with a mattock" article was the point at which he finally lost it.

It had all the signs of madness:

3. Referring to yourself in the third person.

The Independent is all that keeps him from wandering around Soho or working for the Islam Channel, so fair play to them.

Where does the simian community stand on the Earth flat or curvy debate?

It's good to be certain about things. Even if you're certainly wrong.

After President Kennedy sent chimpanzees into orbit, we apes have accepted the official line: he was killed by Oswald and we had nothing to do with it.

The nice thing about flat earthers is that they don't feel the need to be evangelical about it. They're very consistent in their intellectual disdain.

GB, there were questions about peanut husks on the Book Depository steps. Ancient history now.

Kevin, you've got them just right. Like Orthodox Jews they know dinosaurs were a load of old rubbish, but don't mind if we like Jurassic Park etc. It's live and let rave, in essence.

People can believe anything. My great uncle John (who was a gorgeous man with the quiet, steadfast dignity you mention) was a member of a religious group that had predicted - more than once - the day the world would end. Fair play, I seem to remember that the last of these predicted days was during the First World War, so they were clearly honing their technique.

The world might have ended but we're all so deeply into denial about it that we've magically extended its life by turning a theoretical construct into a whole-group delusion. A bit like Tinkerbell or that Time Lord who turned out to be a figment of his own imagination once he took his hat off.

I use the word whilst and I sit naked at my computer, but I'm not a member of the British National Party. Where does that leave me? Do I have to join the Flat Earth Society? By God, life's complicated.

The answer, MC is that you certainly ought to become an official Horizoneer - in fact I'm planning on launching a separate web site to advance the cause to the very brink of the world.

You live in a steamy, oversexed country, so your computer etiquette is understandable, but the "whilst" is not. Is it a TEFL thing?

Kevin, Gadjo, there's something in what you say. I shall ponder thereupon.

I am not absolutely sure about flat earth theory, but I think they are right about Australia. Even after being there I am not certain it's for real.

P.S. I also got one about Fisky today.

an easy argument why a harrier jet cant sit still and move across the earth is this little thing called, inertia. You probably haven't heard of it though. Here is a test for you, take a flight out west around sunset, it will take a good 4 or 5 hours for it to finally set, hard to chase a sunset on a flat surface....

Lend me your "plane", Anonymous (if that's your real name), and I'll see you in British Honduras - the end of the known world.